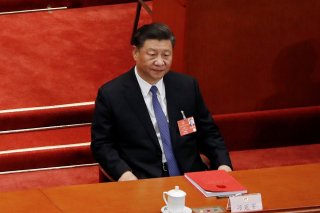 The U.S. State Department is now designating many Chinese news media outlets operating in America as Foreign Propaganda Missions, according to a report from the Pentagon and State Dept.

“We are designating the U.S. operation of four additional Chinese propaganda outlets as foreign missions.  This follows our original designation announcement back in February.  These entities are not independent news organizations. They are effectively controlled by the Chinese Communist Party, CCP, also known as propaganda outlets,”  David R. Stilwell, Assistant Secretary, Bureau of East Asian and Pacific Affairs told reporters in a video conference.

The rationale, as expressed by Stilwell, is straightforward, as it is based on the belief that many Chinese news publications do not represent independent factual analysis but rather function as an arm of the Chinese Communist party.  He simply calls it “propaganda,” and goes on to specify several outlets such as China Central Television, the People’s Daily and The Global Times.  “The People’s Daily, it goes without saying, is the official newspaper of the central committee of the Chinese Communist Party,” Stilwell said.

Specific and rigid control of the information flow has become even more stringent in China in recent years, Stilwell added, explaining that the Chinese approach is a clear impediment to journalistic thought and expression. Given that restrictions have been placed for years upon journalists traveling in China, the concern as articulated by Stilwell specifically refers to the Chinese media presence in the U.S. Finally, Stilwell made a point to say that the U.S. has a long history of supporting the presence of foreign journalists on U.S. soil and ensuring they have free access to do their work.