Verizon Among Companies Making Their Peace With Cord-Cutting, Executive Says 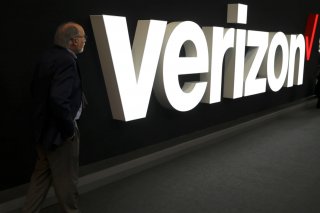 In recent months, there have been indications that many of the leading pay-TV companies are making their peace with the cord-cutting phenomenon, and are seeking to reach customers in other ways, rather than the traditional cable model.

Back in September, Comcast CEO Brian Roberts addressed the strategy at a Goldman Sachs investor conference.

Now, there are reports that a top executive at Verizon has made similar comments about his company’s posture towards cord-cutting, also at an investor conference.

According to The Hollywood Reporter, Verizon Consumer CEO Ronan Dunne spoke this week at the Morgan Stanley European Technology, Media and Telecom Conference, and addressed the situation of customers cutting the cord.

The Hollywood Reporter characterized Dunne’s comments as stating that Verizon “has focused on leveraging its wireless and internet user reach in major partnerships with content giants,” since the profit margins of pay-TV have declined so much. Verizon is in that business with its Fios TV service.

“We were expending $60 to put together a $60 linear content bundle, so empty calories,” Dunne said at the Morgan Stanley conference, per the Hollywood Reporter. “As a 100 million consumer buyer, I get better terms. So we are leaning into cord-shaving and cord-cutting unequivocally.”

The company, as of the end of September, had 3.9 million total video subscribers to Verizon Fios, compared to 94 million wireless and 6 million broadband internet accounts.

Verizon lost about 61,000 video subscribers in the third quarter, while it gained  139,000 broadband subscribers, its largest increase in a single quarter in several years. Verizon had lost 84,000 video subscribers in the first quarter of the year, and another 81,000 in the second. The reduced losses were part of an industry-wide trend, in which the return of sports and lifting of some coronavirus restrictions caused the unprecedented wave of cord-cutting to slow somewhat.

“We are trying to create more choice for our customers, whether they be traditional FiOS customers or whether they be wireless customers,” Dunne added. “That opportunity for us to be an aggregator and distributor that creates real flexibility, that leans into cord-shaving and cord-cutting, makes my FiOS business more economic.”