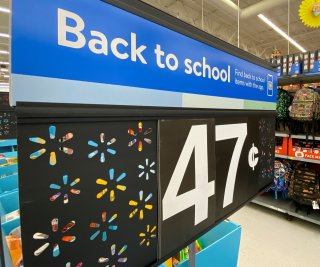 There have been reports for months that Walmart was looking to launch a competitor to Amazon Prime, and last month the launch of the service was said to be delayed. Now, that service, Walmart+, is official.

The new service will launch September 15, will cost $98 a year, and will be available to all Walmart customers.

For that price—which is much less than Amazon Prime—the company says Walmart customers will get, “unlimited free delivery from stores, fuel discounts and access to tools that make shopping faster for families,” including the “Scan and Go” app. The free delivery was previously available as a standalone Walmart service called Delivery Unlimited.

Additional benefits will be available later. Speculation has stated that an entertainment content component may be part of the service at some point, in the same way that Amazon Prime Video is available at no additional charge to Amazon Prime subscribers.

Walmart, per a Recode report this summer, was said to be preparing the launch of Walmart+ in the spring, but delayed due to the coronavirus pandemic. Walmart’s website had previously said that the new service was “coming soon.”

Ahead of the battle between Amazon Prime and Walmart+, Walmart reportedly put pressure on Vizio to remove the Amazon Prime Video button from the remotes on TVs sold in its stores.

On the news of the service’s impending launch, Walmart’s stock rose throughout the day on Tuesday, reaching $147.35 a share as of 12:15 Eastern time, a 6% increase on the day.

“We are a company committed to meeting our customers’ needs,” Janey Whiteside, chief customer officer of Walmart, said in the announcement.

“Customers know they can trust us and depend on us, and we’ve designed this program as the ultimate life hack for them. Walmart+ will bring together a comprehensive set of benefits where we see the greatest needs from our customers and where our scale can bring solutions at an unprecedented value…. Life feels more complicated than ever. Walmart+ is designed to make it easier—giving customers an option to not have to sacrifice on cost or convenience,” Whiteside added.

“We know shopping should fit customers’ needs, not the other way around. We have always been a champion for the right item at the right price, but now it’s more than that. We have the right shopping solutions at the right time, too.”

Walmart, in mid-July, joined Best Buy and other major retailers in requiring masks in its stores nationwide, although this has occasioned various confrontations that led to viral videos, including at least one in which a customer pulled a gun over being told to wear a mask.