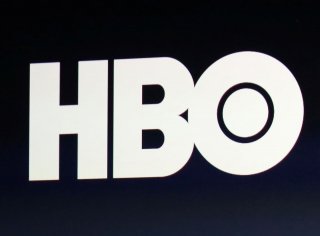 HBO Max launched at the end of May, and the service continues to not be available on two of the largest streaming platforms, Roku and Amazon Fire. The new CEO of WarnerMedia, Jason Kilar, addressed that issue, and many others, in a wide-ranging interview with Bloomberg this week.

Kilar, who took over the AT&T division formerly known as Time Warner at the start of May, was formerly the CEO of Hulu and worked for Amazon before that. He was asked in the interview about Amazon’s consumer-focused ethos, and whether he seeks to follow similar values in his new position.

“If Amazon were truly focused just on the consumers with Fire devices, HBO Max would be on Fire devices,” Kilar said. “The consumer wants it.” When asked why no such deal had happened yet, he replied “Call the Seattle folks.”

He added that his optimistic side says a deal will happen, and that heading into the holiday shopping season, being able to offer such a service “becomes a more material situation for a seller of hardware. There are alternatives in Google Chromecast and Apple TV.”

Kilar did not mention Roku, which, of course, also does not offer HBO Max. In fact, Roku is not mentioned in the interview at all.

Other topics addressed the interview included WarnerMedia’s recent jettisoning of three top executives, whether cable is likely to survive long-term, and that he’s happy with the performance so far of HBO Max.

“People forget, but it took Netflix four years to get to its first 1 million subscribers. It took Hulu about a year. HBO Max got there in a matter of weeks,” Kilar told Bloomberg. And when asked what HBO Max offers that Netflix doesn’t, he suggested the difference was “quality.”

In his testimony before Congress last month, Amazon CEO Jeff Bezos was asked by Representative Jamie Raskin of Maryland when users can expect to find HBO Max on Amazon Fire devices. Raskin also wondered whether there was something untoward about Amazon tying such negotiations to those over HBO shows being available on Amazon Prime Video.

“I’m not familiar with the details of those negotiations, as you said they’re underway right now,” Bezos said in response to the question. “I predict that the companies will eventually come to an agreement, and I think this is kind of two large companies negotiating agreements—kind of normal commerce.”

About three quarters of HBO Now users had shifted to HBO Max as of last month. HBO Max streamed the “Harry Potter” movies for about three months after launching, but those movies will exit the service later this month, before landing on Peacock.