Why #CancelDisneyPlus Is No Threat to Disney 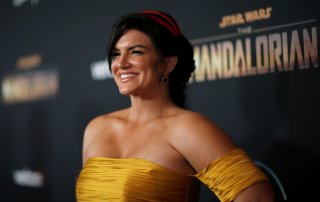 In yet another controversy that touches on the social media power of aggrieved fandom, politics mixing with popular culture, and so-called cancel culture, Disney subsidiary Lucasfilm announced Wednesday that it has dropped actress Gina Carano from its popular Disney+ show The Mandalorian, and that Carano would not be appeared in any Star Wars projects going forward.

Carano, who had first gained fame as an MMA fighter and later starred in the action film Haywire, played Cara Dune on The Mandalorian.

“Gina Carano is not currently employed by Lucasfilm and there are no plans for her to be in the future,” Lucasfilm said in a statement to the media. In a statement specifically to The Verge, the company said of Carano that “her social media posts denigrating people based on their cultural and religious identities are abhorrent and unacceptable.”

At issue, in particular, was a post shared by Carano on Instagram that invoked the Holocaust, and appeared to draw an analogy between consequences faced by modern-day political conservatives and Jews in Nazi Germany. The actress had also been heavily criticized in recent months for anti-transgender comments, and her co-star on The Mandalorian, Pedro Pascal, had stated his support for his transgender sister earlier in the week.

Soon after word got out about Carano’s sacking, the hashtag #CancelDisneyPlus was soon trending on Twitter. Some participating were fans of Carano’s, while others were among factions of Star Wars fandom who regularly disapprove of Disney’s stewardship of the franchise. Others pointed out the hypocrisy of Disney firing Carano while engaging in other misdeeds, including the company’s business ties to China. And as is often the case with hashtags, many of those posting in #CancelDisneyPlus were making fun of it or stating there are way too many exciting shows coming up on the streaming service to cancel it now.

Will #CancelDisneyPlus have any significant effect on Disney’s bottom line? That’s highly unlikely. For one thing, it’s just a hashtag, and not, it appears, any type of real-life campaign. For another, Disney+ is on a massive growth curve, and the firing of one supporting actress from one show would appear unlikely to halt that momentum.

The obvious comparison is the controversy last fall over Cuties, the controversial French film that Netflix debuted, which led to accusations that the company was promoting pedophilia. This led to a #CancelNetflix campaign, which did appear to increase Netflix’s rate of churn for a brief period last September. The campaign also coincided with a brief dip in Netflix’s stock around the same time, leading to breathless headlines that Netflix “lost $9 billion in a single day!”

However, every indication is that the Cuties-related hit to Netflix was temporary. Netflix added a net 2 million subscribers in the quarter when this all happened. At the time of that September dip, Netflix’s stock was trading at about $470 a share. Today, it’s trading at $563 a share. And of the events that took place in the year 2020 that had a material effect on Netflix’s business—the pandemic, its huge subscriber growth, price increases, the arrival of certain hit shows—there’s a good chance the Cuties controversy doesn’t crack the top fifty.

Disney will announce quarterly earnings after the bell on Thursday, although because the quarter in question ended weeks ago, the Carano situation will not be a factor in them. Three months from now, there’s a good chance Disney will announce another subscriber count increase in the millions, with nothing related to Carano even remarked upon.