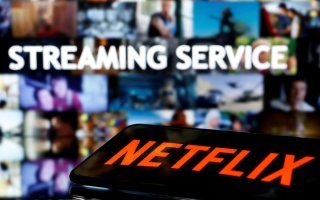 As most people have noticed, there are a lot more streaming services now than there used to be. Back when it was only Netflix, Hulu, and Amazon Prime, it was easy to justify subscribing to several services at a time. But now that there’s also HBO Max, Paramount+, Peacock, Apple TV+ and more, it’s harder to justify that-especially since low teaser offers for some of them have begun to expire.

Therefore, “churn” has begun to come into play, with some subscribers dropping their subscriptions.

Some new research from Parks Associates looks at the biggest reasons why people get rid of streaming subscriptions.

On Parks’ chart of “OTT Churn Triggers,” the top item listed is “Need to cut household expenses.” Others say they have finished watching the shows they liked on each serve, that the promotional price that drew them there ended, or that “couldn’t find good programs to watch.”

Despite efforts to boycott Netflix, especially following the controversial film Cuties last year, objection to specific programming did not make the survey from Parks.

Lesser reasons include price increases, the programming they like being dropped from services, a desire to “change services occasionally to find new content,” and a lack of time to watch the services. After all, much of the streaming explosion took place during the stay-at-home orders in 2020, which are now in the past.

Throughout the streaming wars, the different services have battled with one another to secure the most desirable programming, in order to make themselves indispensable. And those survey results indicate that content is an extremely important part of what makes people subscribe to such services, and to stay subscribed.

“Content is key to OTT success, and the path for consumers today to get to that content is the crucial search and discovery process,” Paul Erickson, a senior analyst for Parks Associates said in a press statement. “OTT players are successful when offering a premium, personalized user experience that allows subscribers to find and access relevant content based on their habits and preferences. A perceptive and intelligent content discovery strategy is a key differentiator in attracting and engaging subscribers over the long term.”

“With so many entertainment options at viewers' fingertips, it is more important than ever before for streaming publishers to understand how consumers discover content in order to win their engagement,” Nick Cicero, the vice president of strategy for Conviva, said in the press statement. “I am excited to share Conviva's research in conjunction with the insights from Parks Associates to reveal how publishers can better understand their audience and grow their business.”

Parks Associates will host a webinar, The Role of Content Discovery in OTT, on October 14.