Why vMVPD (Think YouTube TV) Have a Price Hike Problem 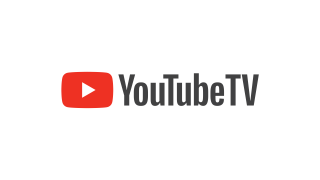 When Leichtman Research Group, Inc. (LRG) published its quarterly measure of gained and lost pay TV subscribers by the cable and satellite companies earlier this week, it pointed out that the vMVPD (Virtual Multichannel Video Programming Distributor) sector had lost subscribers overall in the quarter.

A FierceVideo analysis estimates that Hulu + Live TV has 3.4 million subscribers, YouTube TV has 2.5 million, and Sling TV has 2.25 million, with all other competitors having less than 1 million.

What’s the reason for the decline in that sector? According to a new analysis, it has a lot to do with price hikes.

“While overall OTT subscription uptake has seen a significant increase recently, vMVPDs have experienced relatively slow growth,” the report, authored by Parks’ Steve Nason, said. “Besides a stagnant uptake rate, vMVPDs have also suffered from an issue that plagues all paid video services—customer churn. Due to the higher cost than standalone OTT services, the relative uniformity of offerings across providers, and the lack of contracts, churn among vMVPDs is considerably higher than the average OTT churn rate. While the rate dropped some during Q1 2020, overall churn rates for vMVPDs continue to exceed 70%.”

Meanwhile, YouTube TV announced an unusually large 30% rate hike in late June, while Fubo TV also raised prices, as the former service announced that it had finally reached a deal with ViacomCBS to add that company’s channels, including MTV, Comedy Central, and Nickelodeon.

The rising cost of content, per Parks, has left the operators with no option but to pass that cost on to customers. Sling TV, however, has pledged to not raise prices for a year.

“vMVPDs have attempted to occupy the space between traditional pay-TV services and standalone subscription-based OTT services,” the Parks report said. “The relatively low monthly price was once a significant differentiator for these services. However, with the ever-escalating costs of carriage agreements, monthly prices for channel packages are quickly approaching the levels of traditional pay-TV. Unless something drastic happens in the vMVPD space, such as the complete reconfiguration of its business model, the long-term viability of these services will continue to be in question.”