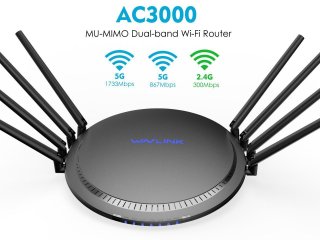 Also known as 802.11ax, Wi-Fi 6 was unveiled last year rather quietly compared to the hoopla surrounding 5G. This particular next-gen Wi-Fi is the appointed successor to Wi-Fi 5 (802.11ac), which only made its debut in 2014.

According to the Wi-Fi Alliance, which grants certification to products that meet the new standard, Wi-Fi 6 “provides the capacity, efficiency, coverage, and performance required by users today in the most demanding Wi-Fi environments.”

So, what does this mean to you? Should you make that jump from Wi-Fi 5 to Wi-Fi 6?

At first glance, there seems to be plenty of benefits that you’ll be able to enjoy right out of the gate. A colossal part of what Wi-Fi 6 offers is the keen capability to handle multiple devices at once – both in domestic and commercial settings.

Wi-Fi Alliance does emphasize the enhanced capability of the Wi-Fi 6 technology in stadiums, public venues and office environments, not to mention better energy management for battery-powered devices like laptops and smartphones.

That, however, doesn’t mean that the home market has been totally ignored. More and more Wi-Fi-capable devices for home use are entering the market, and they all have to get reliable Internet access from somewhere.

According to one particular report, the average household will have about 50 connected devices by 2022, up from around 25 today. This is due to consumers constantly adding smart speakers, smart door locks, smart thermostats, smart video doorbells and a host of other smart devices and products. The number of connected Internet of Things sensors and devices will likely surpass 50 billion by 2022, according to Juniper Research.

The new Target Wake Time feature should, in the long run, improve the battery life of your smartphone, laptop and other Wi-Fi-enabled devices. This cool tech is accomplished by telling the particular device exactly when to put its Wi-Fi radio to sleep, and exactly when to wake it up to receive the next transmission. As the Wi-Fi can be in sleep mode for longer periods of time, this will naturally help you conserve your precious battery power.

Since Wi-Fi 6 is relatively new, it’s not yet on most devices, whether on the router or device side--and that's a huge limiting factor. The Alliance has only been certifying devices with the standard since last fall. The compatibility issue, though, will likely be solved in the near future as more new smartphone models hit the market. And these new phones and other devices like laptops and tablets can start enjoying noticeably faster data transfer speeds.