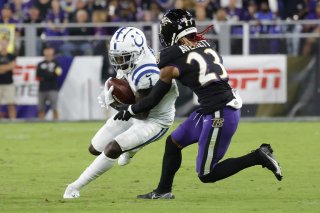 For as long as cord-cutting has been a phenomenon, one thing that has prevented many people from taking the plunge and getting rid of cable and other traditional pay-TV: The ability to watch local sports.

If you’re a fan of a professional baseball, basketball or hockey team in a metro area in the United States, then most of the seasons of your favorite team are shown on a regional sports network (RSN.) Those are available on cable, satellite, and other traditional pay-TV platforms and also, in most cases, through vMVPDs like Hulu + Live TV and YouTube TV.

But if you’re a pure cord-cutter, subscribing only to SVOD streaming services, there’s no way to get RSNs. Some of them, including the Bally Sports network, have made noises about launching a direct-to-consumer offering, but that has not happened yet, and it’s not clear how such a package would be priced.

There have been some noises of late that the RSN model is less stable than previously thought- something that could have a devastating effect on the business models of the professional sports leagues. A big portion of the revenue from the leagues and teams, after all, comes from those regional TV deals.

Sportico reported on that phenomenon in August.

“As the cable bundle continues to unravel, regional sports networks have been downgraded from industry darlings to near-revenants, and while some might argue that the wheels started flying off in spring 2020, when the pandemic brought the world to a shuddering halt, the cautionary klaxons began blaring five years ago,” according to Sportico.

“The carriers had no alternative but to pass along the elevated cost of carrying those channels to a cohort of customers who didn’t necessarily have any interest in local sports,” Sportico added. “In other words, the price of retaining the sports junkies was increased churn among non-fans who were fed up with their steadily rising monthly bills.”

Another new report this week cast further doubt on the future of the regional sports bundle- including the idea that the Sinclair Broadcast Group subsidiary Diamond Sports Group, which owns the most RSNs, could be headed for bankruptcy.

Sports Business Journal reported that, as well as the possible involvement of the sports apparel company Fanatics.

“Sources say NBCUniversal and AT&T have been trying to find buyers for their RSNs. And top executives from leagues and media companies share a common belief that the Sinclair subsidiary Diamond Sports Group, which owns 21 Bally Sports-branded RSNs, could be headed into bankruptcy,” the report said, as cited by Awful Announcing.

NBC Universal has ownership of the NBC Sports regional channels, in such cities as Boston, Philadelphia, and Chicago; they were formerly called Comcast Sports Net. AT&T owns networks with AT&T SportsNet and Root Sports branding. The Bally Sports networks were mostly part of the Fox Sports regional sports network lineup, but they were divested following the Disney/Fox merger, and ended up owned by Sinclair.

The Sports Business Journal story looked at another scenario, which would entail Fanatics getting involved.

“One of the most intriguing ideas that has been discussed recently involves Fanatics CEO Michael Rubin, an executive who has not been known for sports media deals but who has had several meetings in recent months to see if there’s a path for his company to jump into the flagging RSN business,” the piece said. Rubin is also a minority owner of the Philadelphia 76ers.

It doesn’t appear that any such deal is imminent, however.

“Rubin’s meetings with league, team, distribution and network executives have been dormant for several weeks and nothing is imminent, as sources say Fanatics is concentrating on expanding other parts of its business before tackling media,” the piece said. “Several sources said that these talks with Rubin could pick back up again next year. Plus, leagues, teams and media companies are considering several options beyond Fanatics.”

The Awful Announcing analysis noted that the collapse of the RSN model could “create a black hole in the finances of many teams across the country,” although the NFL—in which all television is national and league-wide—would mostly escape unscathed.

Another piece this week, by CNBC, pointed out a possible contradiction in Disney’s streaming strategy when it comes to Disney+ and Hulu, as opposed to its sports streaming service, ESPN+.

“Broadcast and cable networks still make billions of dollars per year from the traditional TV model. ESPN is a huge beneficiary, because media companies earn monthly subscriber fees from pay-TV providers regardless of how many people watch their programming. Niche channels make just a few cents a month per subscriber, while sports networks charge several dollars,” according to CNBC. However, much of Disney’s strategy with its other properties is centered on the streaming future.

“Disney wants people to sign up for its streaming entertainment products, Disney+ and Hulu. Wall Street wants this too. Streaming video is a growth business. Traditional pay TV is a declining one,” CNBC added. As a result, one analyst has even suggested that Disney should spin off ESPN.