Will iPhones Be Made in Mexico? 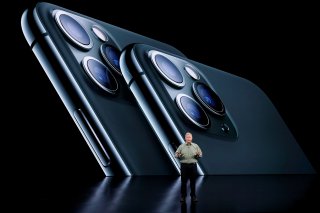 It’s occasionally been a point of contention, especially during the Trump era and its fitful trade war with China, that Apple continues to mostly make and assemble its products in China. It’s also often led to confusion—especially last November, when President Trump joined with Apple CEO Tim Cook to visit a plant in Texas, which the president implied was both an Apple manufacturing facility, and newly open as a result of his administration’s policy. Neither was true, as the plant was neither new, nor an Apple-owned facility, although Mac Pro computers are produced at the Flex-owned company, and Apple had opened an office complex in the Austin area.

Now, there are rumors that Apple products may be made in North America, although not in the United States, and once again, not by Apple itself.

Reuters reported on Monday that two Chinese companies that work on Apple products, Foxconn and Pegatron, are considering building factories in Mexico. And Foxconn, per the report, would use the new facility to make iPhones for Apple.

The report added that there had been “no sign of Apple’s direct involvement in the plan yet,” and such a move would not be “Apple” building iPhones in Mexico. A decision is expected later this year, and it’s not clear if the plan would be affected by an election loss by President Trump, and the likely changes in trade policies that would follow under a new administration.

These possible company plans are under consideration, per the report, because “the U.S.-China trade war and coronavirus pandemic prompt firms to reexamine global supply chains.” It’s part of a concept called “nearshoring,” in which manufacturing by U.S. companies still takes place outside of the country, but closer to home, rather than overseas.

Any changes would likely be years out. This year’s iPhone manufacturing timeline has been closely watched by analysts and other Apple observers, as fears have continued that Apple’s iPhone line could be delayed due to the coronavirus. Apple admitted, on its most recent earnings call, that this year’s iPhones will arrive a few weeks later than usual, which likely places their release somewhere in the month of October.

Foxconn already has five factories throughout Mexico, although it has never made iPhones in that country. Foxconn made a controversial deal a few years ago in which they agreed to build a factory in Wisconsin, in exchange for massive government subsidies. However, the plans have been repeatedly delayed, and the project is not expected to bring about the promised number of jobs for the Southeastern Wisconsin region.