Yellowstone Is Coming to Peacock November 22 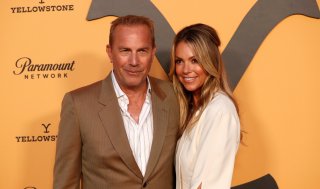 Yellowstone, the Western series starring Kevin Costner as a rancher, airs its new episodes on Paramount Network, where its third season aired earlier this year and has solidified itself as one of the most popular scripted shows on television.

You’d think that such a show would therefore stream on CBS All Access, which will soon rebrand as Paramount+, and like the Paramount Network is part of ViacomCBS. But in fact, a deal was struck back in January that made Peacock the exclusive streaming partner for Yellowstone, Deadline reported at the time.

Now, we know when the third season of “Yellowstone” will be available to stream on Peacock. The show will hit the service Nov. 22, joining the first two seasons. The episodes are part of Peacock’s Premium tier, and as of now only the first episode of the first season is available on Peacock’s free tier.

Yellowstone, which was created by Taylor Sheridan and John Linson and also stars Wes Bentley and Luke Grimes, has been renewed for a fourth season, and while it recently began filming, per Decider, it’s not known when the show might make its return. Each of the first three seasons of the show began in June and ended in August. The Paramount Network will remain the show’s home for original episodes.

Peacock launched earlier this year, with both free and paid tiers, and features both channels and traditional streaming. Comcast reached a deal with Roku in September to make Peacock available on Roku devices, although HBO Max remains off of the Roku platforms.

October has been a big month for Peacock, between the Roku deal, and the arrival of Parks and Recreation, the popular sitcom that was previously available on multiple streaming services but became exclusive to Peacock this month. The Harry Potter movies, which were on HBO Max for just three months, are also available on Peacock for the month of October, although that deal is also a temporary one, with the movies leaving the service before returning to Peacock at some point in 2021.

The service also added the complete library of Saturday Night Live, which with rare exceptions had never before been available on a streaming service, at the start of October. And Peacock’s Premium tier has become one of the primary homes for English Premier League soccer, leading to frequent Saturday morning Twitter tirades from soccer fans wondering what Peacock is and why they need it to watch their favorite club.

Yellowstone’s new season will headline Peacock’s additions in November, and then the big one, The Office, will hit Peacock in January, after years of availability on Netflix.