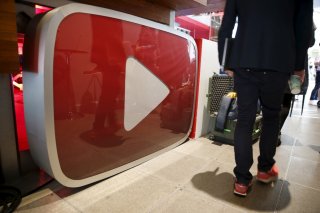 Back in June, Google's YouTube TV vMVPD announced some tech upgrades. This included 4K, including a new 4K Plus tier, as well as 5.1 Dolby audio capabilities for all users with TVs that support that technology.

Now, a report says the rollout is complete.

According to The Streamable, YouTube TV has finished rolling out the new capability, following a month-long process.

“The list of supported devices is not yet available. To know if your device supports 5.1 audio, go to ‘stats for nerds’ from the player controls menu. You’ll see ac-3 (381) as audio codec when outputting 5.1 audio,” the site said, citing YouTube TV.

The upgrade means that YouTube TV joins DirecTV Stream, which was known until recently as AT&T TV, although Hulu + Live TV has the capability available for original series.

On a recent earnings call, Google shared some of its plans for YouTube TV.

“Also pleased with the progress we are making with YouTube subscription products across Music, Premium and YouTube TV, each delivering a fantastic experience and content for viewers,” Sundar Pichai said on the company’s earnings call, according to a transcript published by Seeking Alpha.

“It’s a significant investment from our side, making sure we can drive that shift. And obviously, it has a lot of synergies for us in terms of being able to bring our services to our users, as well as give more opportunities for our Play developers to reach more users as well. But definite strong integration points with YouTube and YouTube TV as well.”

This week, Google announced the arrival of the YouTube Theater, a new venue in Hollywood Park in Inglewood, Calif. The 6,000-seat venue will “host a variety of live entertainment events, from concerts and theater performances to award shows and esports competitions,” the company said in a blog post.

“YouTube is the world’s largest virtual venue connecting artists and fans, and we realized that YouTube Theater would have the ability to blend the physical and the digital together in new and exciting ways,” Angela Courtin, YouTube’s marketing VP of brand, media, culture, and creative, said in the post. The company held a ribbon-cutting ceremony this week.

The venue is adjacent to SoFi Stadium, which hosts the NFL teams the Los Angeles Rams and Los Angeles Chargers.

The first scheduled event, according to the website, is the Hollywood Black Comedy Festival hosted by Deon Cole, which will also feature Corey Holcomb, Luenell, Tony Roberts, Ryan Davis, and Earthquake, on September 3. Pitbull, along with Iggy Azalea, will play the theater on September 22. Devo is scheduled to play there on Saturday, September 25.