YouTube TV Is Getting 4K Video Quality (If You Pay More) 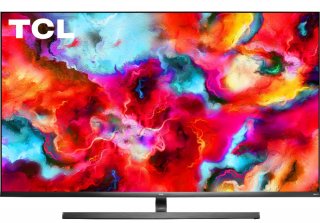 Google’s YouTube TV vMVPd, which now has three million subscribers, announced Wednesday that it’s planning to add 4K for the first time, as part of a special add-on.

“There’s more to come, including a new add-on option that lets viewers watch available shows in 4K or download them to their DVR to watch later offline,” YouTube said in a blog post Neal Mohan, YouTube’s chief product officer. “Plus, this option will add unlimited concurrent streams at home, so the whole family can enjoy YouTube TV on different screens at once.”1

It’s not clear how much more customers will be asked to pay for the add-on, or exactly when it will arrive.

It was one of several changes, across the YouTube product, that were announced in Mohan’s post. For YouTube itself, the company this year will introduce “more updates across devices to help connect viewers with their favorite creators and content.” The company will also roll out a redesign of the YouTube VR app later this year, in order to “improve navigation, accessibility, and search functionality.”

The company also, this year, will debut new and improved parental tools for YouTube, “including a highly requested option that lets parents add specific videos and channels from the main YouTube platform to their children’s viewing choices on YouTube Kids.”

The post also said that YouTube is working on a new short-form concept called Shorts, which has already launched in beta in India, but will soon launch the beta in the United States.

YouTube Shorts is described as “our new short-form video tool that lets creators and artists shoot snappy videos with nothing but their mobile phones,” in the tradition of TikTok and Instagram Reels. And the company is working on a new “Applause” feature, which “allows fans to show support for their favorite YouTube channels.”

YouTube TV launched nationally in early 2019, although it launched on a regional basis two years earlier. Its value proposition is that subscribers can pay less than they do for cable, while getting most of what cable offers them, without the need for a contact. The blog post this week listed three million as the subscriber number, which the company had announced last November, although Google parent company Alphabet did not state such a number when it released its quarterly earnings earlier this month.

The three million number is about a million less than that of the most popular vMVPD, Hulu + Live TV. YouTube TV also announced a 30 percent price increase last summer, although it doesn’t appear to have spurred any significant number of cancellations. The vMVPDs, like the more traditional pay TV providers, are under pressure to raise prices due to rising programming costs.