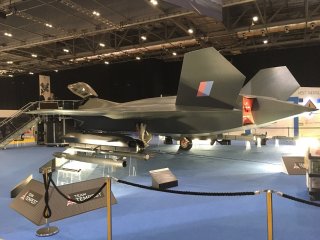 Here's What You Need to Remember: Britain might be able to pull off creating a powerful new stealth fighter, but the price tag might mean London will have to cut purchases of the American-made F-35 stealth jet.

The United Kingdom is forging ahead with its ambitious project to produce a home-grown stealth warplane, even as it strives to retain its status as one of the core partners in the F-35 stealth fighter jet program.