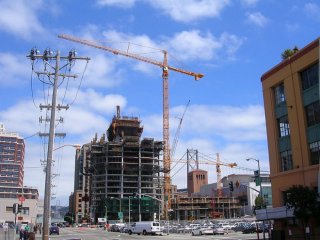 In the body of its story, USA Today dutifully reported the jobs numbers released by the Bureau of Labor Statistics: “The U.S. added 288,000 nonfarm jobs in April. . . . The unemployment rate fell to 6.3%.” Then it offered its own analysis: “More people employed means more spending—something the anemic economy needs, and something that goes straight to corporate revenues.”

The only accurate portion of the USA Today analysis is its observation that the United States is experiencing an “anemic economy.” But there is nothing in the April jobs numbers that actually will serve to boost the “anemic economy.” Why? Because, notwithstanding the quantity of jobs added in April, the quality of the jobs added in April is not sufficient to ignite—or even to spark—economic growth.

Of the 273,000 private-sector jobs added in April (the remainder of the 288,000 were government jobs), 55 percent (about 150,000) pay wages below the median income. More significantly, according to Dent Research, which divides all U.S. wage earners into twelve divisions, with six above the median income and six below, 24 percent of the jobs added in April were in the lowest wage category. That percentage was substantially higher than the 20 percent of extant workers already in that lowest of wage categories. In addition, 43 percent of April’s new jobs were in the lowest three wage divisions. These types of employment pay essentially subsistence wages, allowing for no savings that can translate into investment and economic growth. No material income taxes can be collected from the holders of such jobs.

The preponderance of the job growth being centered in the lowest wage divisions certainly is not indicative of improvement in the overall employment situation or in the overall economy. In fact, what this analysis of the April jobs figures points to is nothing less than a continuation of the “anemic economy.”

As long as the anemic economy persists, with growth only in low-wage jobs with few if any benefits, income inequality will continue to grow. Increasing income inequality will result in ever-louder voices demanding a “solution” to that “social injustice.” Indeed, progressive politicians are trying to refocus the midterm campaign on this issue (along with immigration reform), instead of the growing dislocations resulting from the implementation of Obamacare. The progressives have been greatly aided in their mission by the publication of Thomas Piketty’s seven-hundred-page neo-Marxist screed against “capitalism,” Capitalism in the Twenty-First Century.

Piketty bases his call for confiscatory tax rates of up to 80 percent and a wealth tax on his assertion that “r” (the rate of return on “capital”) is growing faster than “g” (the rate of growth of the economy). What Piketty does not seem to understand is the reason why “r > g.”

Piketty misses what truly has run amok: “crony capitalism” (more appropriately called “crony socialism”). It is the system pursuant to which politicians from both establishment parties, trading favors with too-big-to-fail banks, too-important-to-fail unions and too-important-to-oppose contributor corporations, increase government debt without limit to provide benefits to political constituencies in order to maintain their personal political power.

And what has been the enabler of the system of cronyism? The policies of the Federal Reserve, which prints up money to cover the budget deficit, allowing politicians and the objects of their largesse the “free lunch” never available under truly market-based (self-correcting) capitalism. Under the Fed-enabled system of cronyism, big banks and Wall Street firms sell their highly inflated bond portfolios (inflated by the Fed’s zero interest rate policy) to the Fed, at the rate of $55 billion per month (which is how QE operates). Those bond sellers, having the “first crack” at all of the newly created fiat money, can buy up assets on the cheap, increasing “r,” the rate of return on their “capital.” Very good for the cronies, but very bad for economic growth, because resources are not made available to small businesses and small entrepreneurs, the traditional engines of “g,” growth in the economy.

What progressives should be calling for, if they truly want more income equality, is not the confiscatory taxes championed by Piketty (which will only serve to slow economic growth, “g”), but the end to cronyism. What conservatives should be calling for, if they truly support free enterprise, is an end to cronyism. Therefore, what progressives and conservatives alike should be calling for is, at a minimum, the end of QE, and, as soon as practical, an end to “the Creature from Jekyll Island,” the Federal Reserve itself. That way, markets, not Janet Yellen and her FOMC cronies, will allow capital to flow to those investments and industries which will increase the rate of economic growth and diminish the disparity between “r” and “g” railed against by Piketty and his fellow travelers.