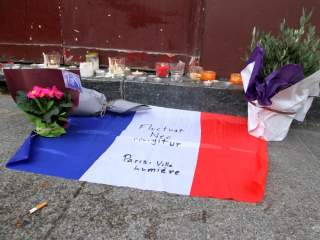 Every year has its share of significant events, and this year is no exception. Here is my list of the ten most significant events of the year. You may want to read what follows closely. Several of these stories could continue to dominate the headlines in 2016.

10. Saudis Intervene in Yemen. Saudi Arabia launched airstrikes in late March against its neighbor Yemen with the help of nine other, mainly Arab, countries. The move came after Houthi rebels captured Yemen’s capital Sana’a and drove Yemeni President Abdu Rabbu Mansour Hadi into exile in Saudi Arabia. The Houthis, who belong to a minority Shiite sect, receive support from Iran, Saudi Arabia’s mortal enemy. The Houthis also have the support of forces loyal to former Yemeni President Ali Abdullah Saleh, who was ousted during the Arab Spring and who once had good relations with Riyadh. The Saudi-led intervention put the United States in a bind. Washington feared that the intervention could become a quagmire and worried that Al Qaeda in the Arabian Peninsula (AQAP), an enemy to the Houthis as well as the United States, would benefit from the ensuing chaos. But the desire to prevent a rift with Riyadh prevailed, and Washington provided intelligence information, weapons and aerial refueling capabilities while urging the Saudi-led coalition to minimize civilian casualties. The civilian toll in Yemen has nonetheless been substantial, as airstrikes and a maritime blockade have intensified Yemen’s many existing problems. As predicted, AQAP has used the fighting to its advantage, as has ISIS. In a potentially positive development, a seven-day ceasefire went into effect today so that peace talks could begin.

9. China Builds Islands in the South China Sea. China claims much of the South China Sea—the bulk of which lies far from the Chinese mainland—through its so-called nine-dash line. Beijing is trying to give substance to its claims, which the five countries with coastlines on the sea vigorously dispute, by creating artificial islands around reefs and submerged rocks. It is in turn building airstrips and military installations on the newly formed islands. The United States takes no position on the merits of China’s claims in the South China Sea. But it insists that China’s claim that the twelve-mile zone around these new islands are its territorial waters has no basis in international law. Washington—and most governments in Southeast Asia—worry that Beijing will eventually use the new islands to choke off freedom of navigation in the area. In October, after repeated official statements about how “the United States will fly, sail and operate wherever international law allows,” a U.S. navy destroyer sailed through waters China claims as its own in a freedom-of-naval-operations (FONOPS) mission. China protested the maneuver as “a very serious provocation politically and militarily.” The stakes in the dispute are enormous. More than $5 trillion in trade passes through the South China Sea each year, and its waters contain rich fisheries and potentially vast oil and mineral deposits. And then there is the question of whether China will supplant the United States as the dominant power in the region.  8. China Devalues the Renminbi Amidst an Economic Slowdown. Beijing sent shock waves through global financial markets in August when it devalued its currency, variously called the yuan or renminbi, against the dollar. Chinese officials said the move was intended to bring the yuan in line with its market value, something Western governments had been urging for years. Many investors took the devaluation as a sign that the Chinese economy was slowing down faster than reported and that Beijing was using its currency to try to reignite growth. The Shanghai stock market plunged in late August, further unsettling global markets and shaking confidence in China’s handling of economic policy. In October, China reported that third-quarter growth hit 6.9 percent, which was higher than expected but well below the 10 percent growth China has averaged over the past three decades. And doubts exist about the accuracy of the numbers that Beijing reported. Despite the bad economic news coming out of China, the IMF in December designated the renminbi as a major world currency, which opens the door to its greater use in global financial transactions. But investors and governments remain nervous that China’s economy, which has been a major driver of global growth in recent years, will continue to slow, and as a result, so will economic growth around the world.

7. The World Strikes a Deal on Climate Change. The world’s climate is changing, in good part because of human activity. But governments around the world have been slow to address the potentially catastrophic threat. The landmark 1992 Kyoto Treaty failed to deliver its promised emissions cuts, and not just because the U.S. Senate declined to provide its consent. The 2009 Copenhagen climate summit opened to much fanfare but was laced with acrimony and produced little. The 195 countries that turned up in Paris in late November for a new climate change summit avoided that fate. After two weeks of intense talks, they produced the Paris Climate Accord, the first to commit nearly every country to reduce its emissions of heat-trapping gases. The thirty-one page document hardly solves the climate change challenge, however, which is why some climate change activists criticized it for being too little, too late. To get the deal, negotiators left a lot of the details to be worked out later. Even if agreement is reached on those details, the success of the Paris Climate Accord ultimately depends on national governments taking, and enforcing, steps to reduce the reliance on fossil fuels. Domestic politics could be a major hurdle on that front.

6. Russia Intervenes in Syria. The four-year-long Syrian civil war, which has killed more than 200,000 people and forced as many as nine million to flee their homes, took a turn in September when Russia without warning began conducting airstrikes from bases in Syria. Moscow insisted it intervened to join the fight against the self-proclaimed Islamic State, but in practice its planes targeted Syrian rebel groups looking to topple Russia’s long-time ally, Syrian President Bashar al-Assad. Russia’s military operations were not coordinated with those the United States and its allies were conducting against the Islamic State, raising concerns about an unintended confrontation between the two sides. A version of those fears materialized in late November when Turkish F-16s shot down a Russian fighter jet, killing one of the pilots. Turkish officials insisted that the Russian plane had ignored repeated warnings not to enter Turkish airspace. Russian officials disputed those claims and accused Ankara of a “planned provocation.” On the diplomatic side, Russia’s intervention prompted an effort to find a negotiated settlement to the Syrian conflict. Despite significant fanfare and high-level participation on all sides, the talks stumbled over a core disagreement: Moscow wants Assad to stay, Washington and its allies want him to go.

5. The Trans-Pacific Partnership Finally Gets Done. After seven years of negotiations, the United States and eleven other countries finally reached agreement in October on the Trans-Pacific Partnership (TPP), the largest regional trade deal in history. The agreement, which is a critical part of the Obama administration’s rebalance to Asia, would set trade rules governing roughly 40 percent of the global economy. The deal was made possible when the U.S. Congress voted in June to give President Barack Obama Trade Promotion Authority (TPA), which among other things restricts Congress to a simple up-down vote on trade deals. U.S. negotiating partners had refused to make major concessions in the TPP negotiations until they knew that Congress could not revise the deal that they negotiated with the president. In a sign of how controversial trade deals can be on Capitol Hill, just forty-one Democrats voted for TPA. Now that Obama has TPP, he has to persuade Congress to pass the bill to put it into effect. Critics are already marshalling their arguments for why Congress should vote down the implementing legislation. A vote on TPP likely won’t happen until after the 2016 elections, if it happens at all.

4. The EU Rebuffs Greece’s Demand for Austerity Relief. “I fought the law and the law won.” Alexis Tsipras learned the hard way what the Bobby Fuller Four only sang about. Tsipras became Greek prime minister in January 2015 by pledging to get Greece better repayment terms on its massive debt. Despite appealing to other debt-burdened European countries for solidarity and trying to isolate EU power Germany by dredging up memories of Nazi atrocities, the EU refused to give Tsipras what he wanted. He then tried to strengthen his hand by calling a July referendum in which 61 percent of Greeks voted against accepting the EU’s offer. The EU nonetheless held firm, insisting that Greece would get help only if it agreed to significant, and painful, economic reforms. Tsipras blinked. A week after the no vote, and faced with the imminent collapse of the Greek economy, he accepted the EU’s offer. Despite not delivering the relief that he promised, Tsipras and his Syriza Party won new elections in September. But Greece’s economy remains troubled. It has shrunk by 25 percent over the past five years, official unemployment is nearly 25 percent, and doubts remain over whether Greece can ever repay its debts as long as it remains in the Eurozone. So “Grexit,” and its possible shock to the global financial system, could soon be back in the news.