10 Reasons No Nation Wants to Go to War with Israel 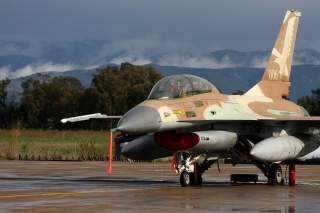 The Jericho III is the third missile to serve as Israel’s land-based nuclear deterrent. The Jericho III is believed to have a range between 4,800 and 6,000 kilometers, and is capable of carrying a 1,000 kilogram warhead payload. A range of 4,800 kilometers would enable it to strike from Morocco to eastern India, while an 6,500 kilometer range would enable it to target as far as western China. The missile is reportedly solid-fueled, meaning it can be launched with minimum preparation, and reportedly based in silos capable of resisting attack. The Jericho III, as well as the older generation Jericho II missiles, may be based at Palmachim Air Base.

(These pieces, reposted together, appeared in August 2015 and are being reposted due to reader interest.)