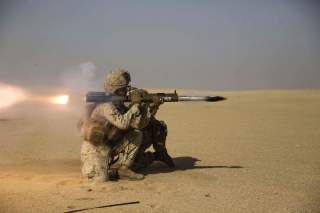 Composed of the Army’s best green berets as well as operators from around the Department of Defense, Delta Force takes on high-stakes missions far ahead of the rest of the military. It was Delta Force that led the hunt for Osama Bin Laden in the Tora Bora mountains in 2001.

When America needs to break its way into an enemy country, these are the people who slip, kick, or explode their way past the defenses and blaze the way for follow-on forces.

The Army’s special forces soldiers were famously some of the first troops in Afghanistan where they rode horses to get to the enemy. They guarded Hamid Karzai when he was an unknown politician putting together a militia to aid an American invasion, and they’ve served in dozens of unpublicized conflicts around the world.

Composed of the Army’s best green berets as well as operators from around the Department of Defense, Delta Force takes on high-stakes missions far ahead of the rest of the military. It was Delta Force that led the hunt for Osama Bin Laden in the Tora Bora mountains in 2001.

U.S. Army Rangers first led the way into combat in 1775. These elite infantrymen took out key positions on D-Day, led the way into Panama in Operation Urgent Fury, played a huge role in Somalia, and conducted airborne assaults into both Afghanistan and Iraq.

Recon Marines work for Marine ground commanders, moving ahead of other forces into any area where the commander needs “eyes on” but can’t otherwise get them.

The popular miniseries “Generation Kill” followed a group of these Marines spearheading the invasion of Iraq and feeding information up the chain to Gen. James “Mad Dog” Mattis and other senior leaders.

The Navy’s carrier groups provide an awesome platform for launching jets against American enemies, quickly conducting air strikes when the wars opened in Afghanistan, Iraq, and then Syria. This is done primarily by Navy Super Hornet air wings, though Marine Corps Harriers fly missions from carriers as well.

While the F-22 has not yet fought in the first wave of an invasion, it’s proven that it’s capable in Syria. When it entered the fight about a month after airstrikes against ISIS began, it slipped past enemy air defenses to take out protected targets. It now escorts other jets past enemy air defenses, using its sensors to detect threats and targets.

While U.S. ships rarely get to mix it up with enemy navies these days, they still get to launch the opening blows in a fight by using long range cruise missiles, especially the Tomahawk Block IV. Navy destroyers, cruisers, and submarines have launched Tomahawks against Syria, Libya, Iraq, Sudan, Afghanistan, Kosovo … ( actually, just see the full list at the Naval History Blog).

The 509th Bomb Wing operates most of America’s B-2s, the stealth bomber that can slip into enemy airspace, destroy air defenses and runways, and then leave without the enemy knowing what happened. The B-2 has been used in strikes in Kosovo, Afghanistan, and Iraq and flew many of its missions from Missouri to the target and back, taking about 30 hours for each mission.