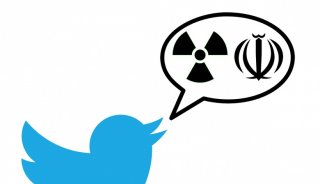 It’s fish-or-cut-bait time in the Iran nuclear talks, with the deadline for an agreement now less than two weeks away. Events are moving quickly. How can you prepare for the flurry of coverage as the deadline draws closer? And who should you listen to, knowing that every pundit with a pulse will soon be playing Iran expert? Here are some of the key voices to watch on Twitter—journalists, wonks, wags, and others—who actually know what they're talking about.

A veteran of Iran talks coverage who’s written for many outlets (presently, Al Monitor), Rozen’s feed is a clearinghouse for the most recent information on the talks.

Another Al Monitor journalist, Karami keeps a close watch on the Persian-language press and has a great eye for the oddities that sometimes turn up in it.

An associate at Harvard’s prestigious Belfer Center, Tabatabai has an excellent grasp of both the technical side of the talks and their day-to-day development. Her October analysis of just how many centrifuges Iran and the West will accept is a good example of how useful this combined perspective can be.

Headed by physicist David Albright, ISIS is a tiny outfit with a big voice in Washington. Its assessments of International Atomic Energy Agency reports cut through the bureaucratese, highlighting what’s new and charting Iran’s progress. Their consistent calls for stricter monitoring make it hard to say whether Tehran should be more worried about Albright’s ISIS, or Al Baghdadi’s.

Any deal will see major adjustments to the Western sanctions on Iran. And there are few who know the sanctions in more detail than Cutler, who works at a law firm that specializes in sanctions litigation.

What ISIS is to the technical side of the talks, Dubowitz is to the sanctions side, appearing regularly on Capitol Hill and in the press. Dubowitz has been a tough critic of the Obama administration’s conduct of the talks, arguing that the sanctions relief granted under the initial framework agreement sharply reduced Western leverage, allowing Iran to stabilize its economy and take its time in talks.

Marashi serves as the research director of the National Iranian American Council, one of the main organizations opposing the current sanctions regime. He’s already practicing a “celebration dance” for the possible deal.

The London-based former editor of the Iranian Review of Foreign Affairs and an alum of the Center for Strategic Research (headed until last year by a Dr. Hassan Rouhani), Shabani is one of the most active Iranian voices in the English-language Twitter conversation on Iran.

Aslani directs international coverage at the hardline Tasnim News Agency and has served in a similar role at the more (in)famous Fars News Agency. Expect him to be at the final rounds of talks, and expect him to get good access to the Iranian negotiating team.

The social media account of a website defending the Iranian nuclear program. A steady stream of quotes from Iranian officials and details of the logistics of the talks.

The tenacious Associated Press diplomatic reporter is often the first one to get a quote from the State Department when news is breaking. He’ll also fill you in on the latest Buffalo Sabres developments.

A scholar of Iran’s Reformist movement whose feed is a good mix of pressing developments and deeper analysis.

So there you have it: a dozen accounts that’ll keep you up to speed on the Iran talks. (If twelve isn’t enough, you can follow me, too.) November 24, the deadline under the current framework, can’t come soon enough!