1,700 Planes Ready for War: Everything You Need To Know About China's Air Force 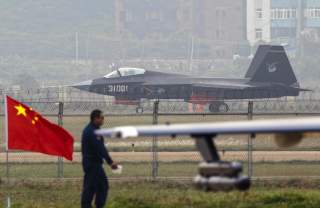 Roughly 33 percent of the PLAAF and PLANAF’s combat aircraft are old second-generation fighters of limited combat value against peer opponents, save perhaps in swarming attacks. Another 28 percent include strategic bombers and more capable but dated third-generation designs. Finally, 38 percent are fourth-generation fighters that can theoretically hold their own against peers like the F-15 and F-16. Stealth fighters account for 1 percent. However, the technical capabilities of aircraft are just half the story; at least as important are training, organizational doctrine and supporting assets ranging from satellite recon to air-refueling tankers, ground-based radars and airborne command posts.