In 1943, America Killed Its Own Troops with Poison Gas 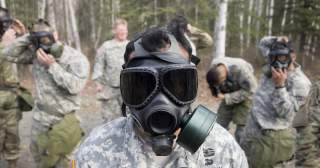