In 1969, Nuclear War Almost Broke Out Between Russia and China 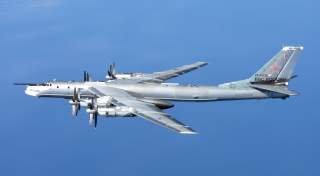