In 1983, North Korea Tried to Wipe Out South Korea's Government 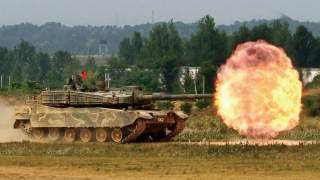