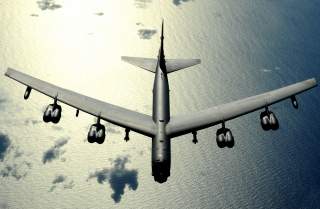 While tensions with North Korea are especially high following Pyongyang’s repeated ballistic missile and nuclear tests, Donald Trump is not the first U.S. president to consider launching a nuclear strike against the so-called Democratic People’s Republic of Korea (DPRK). Both Lyndon B. Johnson and Richard Nixon considered launching nuclear strikes against the Kim regime during earlier provocations during the Cold War.

President Johnson considered a nuclear strike—among several other options—in retaliation for North Korea’s seizure of USS Pueblo on January 23, 1968. The North Koreans seized the surveillance vessel—killing one sailor and capturing 83 others. The servicemen were held hostage for the better part of a year.

“Recently declassified documents posted today by the National Security Archive describe tense U.S. internal reactions to the Pueblo seizure, and include previously withheld high-level political and military deliberations over how to respond to the episode in an atmosphere fraught with the dangers of a superpower conflict,” John Prados and Jack Cheevers at the George Washington University National Security Archives wrote in 2014. “Military contingency plans, which President Lyndon Johnson eventually rejected, included a naval blockade, major air strikes and even use of nuclear weapons against North Korea.”

Indeed, documents gathered by the archives show that while the U.S. State Department was negotiating, the Pentagon was preparing for a preemptive strike—potentially with nuclear weapons.

“While the State Department conducted secret talks with the North Koreans aimed at settling the crisis peacefully, the Pentagon laid plans for dealing with contingencies that included a possible pre-emptive strike by the north against South Korea,” the two researchers wrote. “This partially redacted document outlines a plan by Admiral Ulysses S. Grant Sharp, commander of all U.S. forces in the Pacific, in which American and South Korean warplanes would try to destroy the entire North Korean air force. Waves of American tactical fighters and B-52 bombers, joined by South Korean jets, would attack the ‘most lucrative’ communist bases around the clock until the skies were free enough of northern jets to permit allied ground combat operations.”

“The military produced the options, ratcheting up the level of military force all the way to all-out war and to using nuclear weapons,” Robert Wampler, a historian at the National Security Archive told NPR. “But constantly you find the military saying, 'But the risks probably still outweigh the potential gains.'"

"When I got to see the colonel, it was very simple. He described the shooting down of the EC-121 about a hundred miles at sea. And that he had a message, which he showed me at that time, saying to prepare to strike my target," Charles told NPR. "The order to stand down was just about dusk, and it was not a certainty. The colonel said, 'It looks like from the messages I'm getting, we will not do this today. I do not know about tomorrow.'”

Ultimately, Nixon thought better of launching a retaliatory strike—choosing instead to exercise restraint. Nixon knew that starting a war might be easy, but events can quickly spiral out of control. Thus, Nixon wisely backed off knowing that sometimes discretion is the better part of valor.

One can only hope that Trump will follow the example set by Johnson and Nixon and not make a bad situation even worse.