In 2007, Israel Proved to the World How Dangerous Its Military Really Is 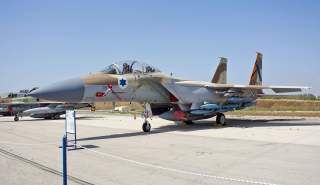