In 2009, Two Nuclear Submarines Collided Under the Sea (And They Were Armed with Nuclear Weapons) 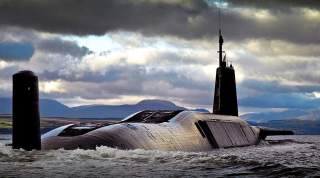 Curiously, the HMS Vanguard, a Vigilant-class British Royal Navy nuclear submarine also experienced a collision that evening. The first of her class, the Vanguard measures 150 meters long and displaces 16,900 tons when submerged.