27 Days of Hell: When China and Vietnam Went to War 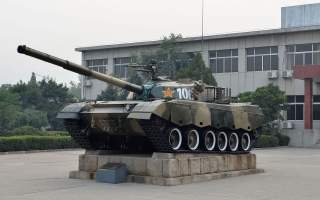 Several of Vietnam’s state-controlled news outlets have in recent days recalled the country’s 1979 border war with China, until now a strictly taboo topic. Such a recollection may signal that the ruling Communist Party of Vietnam has finally eased censorship of the short-lived but bloody military conflict.

The war between the two communist neighbors broke out in the early hours of February 17, 1979, when China launched a full-scale military invasion into Vietnam’s northernmost provinces. Though the skirmish lasted only 27 days, the devastation it caused was colossal.

Casualty figures are still in doubt, as they have never been released by either Beijing or Hanoi. Some have estimated that Chinese casualties ranged anywhere between 21,000 and 63,000. It is also thought that tens of thousands of Vietnamese died and suffered, most of them civilians because the war was fought exclusively on Vietnamese soil.

The brief but fierce war heralded a decade of hostilities between the ideological bedfellows. Besides numerous skirmishes on their shared border, a one-sided naval encounter in 1988 resulted in the death of 64 Vietnamese sailors and China’s occupation of several islets and rocks in the Spratly Islands.

After Vietnam’s withdrawal from Cambodia and the collapse of the Soviet Union and other communist regimes in Europe in the early 1990s, Hanoi and Beijing sought to end their animosity. In 1990, they held a secret summit in Chengdu, China, and formally reestablished diplomatic ties the following year.

As with the 1988 massacre, the 1979 border conflict was subsequently no longer taught in schools, raised in political discourse or mentioned in Vietnam’s highly censored state-dominated media. Vietnamese leaders decided to cast aside historical grievances and hostilities, and concentrate political and economic cooperation with Beijing.

China’s official stance on the border conflict was even more muted because Beijing had greater reasons to forget the war, some analysts have argued. In an article in the New York Times in 2005 entitled “Was the war pointless? China shows how to bury it,” journalist Howard French reflected on China’s many losses in the conflict:

“China initiated hostilities [… and] if the war did not produce an outright defeat for China, it was a costly mistake fought for dubious purposes, high among them punishing Vietnam for overthrowing the Khmer Rouge leader of Cambodia, Pol Pot, a Chinese ally who was one of the 20th century’s bloodiest tyrants.”

Until now, Hanoi and Beijing have maintained an official wall of silence on the war, a joint bid to erase a painful chapter in the two communist countries’ history. That’s included sharp crackdowns on any attempt to stir memories of the war. When a group of Vietnamese citizens in Hanoi and Ho Chi Minh City attempted to gather to mark the event’s 38th anniversary last Friday, they were forcibly dispersed by police. (A small commemorative event was allowed in Hanoi on the anniversary.)

Unlike in previous years, the military combat has been recalled by a number of Vietnam’s leading state-controlled media outlets, including Thanh Nien, VietnamNet and VnExpress. Though the country’s top newspapers, notably Nhan Dan, the Party’s official mouthpiece, still remain silent on the war, it is notable that others have been allowed to address it.

Such an editorial shift would only have been possible with the pre-approval of the Party’s top hierarchy. This new permissiveness reflects a gradual but notable recent change in Hanoi’s attitude toward past conflicts and present relations with China.

Like the 1979 border war, the 1988 naval skirmish had been tightly censored. On its 28th anniversary last March, however, memorial services for the 64 fallen sailors were organized across the country. Vietnamese news outlets, including Nhan Dan, recalled the sea clash, explicitly depicting it as a battle against “Chinese invasion forces” while respectfully referring to its casualties as “heroes” or “martyrs.”

Beijing’s rising assertiveness in the South China Sea in recent years and growing pressure from the Vietnamese public to assert sovereignty over contested maritime territories are no doubt key push factors behind the changed narrative. The easing of censorship is welcome to many Vietnamese, even though for some it is too little, too late to address the war wounds.

By publishing photos, stories and interviews with veterans, witnesses and experts about Vietnam’s border war with China, Thanh Nien, VietnamNet and VnExpress not only recalled the conflict but emphasized that it must be remembered.

Under the Party’s leadership, Vietnam fought wars against Japan (1945), France (First Indochina War, 1946-1955), and America (Second Indochina War, 1954-1975). While the country proudly celebrates its war wins against foreign invaders, it had been mostly silent on its 1979 conflict with China, known as the Third Indochina War.

While Vietnam’s battles against Japanese, French and American aggression feature prominently in the country’s national curriculum, its fights against the Chinese, including the 1979 war, are still remarkably absent. There are only 11 lines about the war in state-censored high school history textbooks.

Given its omission from official memorials and historical texts, as noted by VnExpress, the war remains unknown to many Vietnamese, particularly among the younger generation. There were more than 500 comments as of February 21 on one of VnExpress’ articles about the military confrontation.

Many of the posters thanked news outlets for publishing the piece with photos from the war, which many indicated they were unaware of. Others called for it to be included in history textbooks. They also expressed their gratitude to those who fought in the confrontation with China.

It is often said that the Vietnamese government does not mark – or allow the people to commemorate – the event because such an action could irk China and harm Vietnam’s relations with its giant neighbor. Despite its commemoration and celebration of war victories against the Japanese, French and Americans, Vietnam’s relations with these three powers today are largely unaffected by the nationalistic events. Like China, Japan and the US are among Vietnam’s top partners.

As such, the Party’s negligence of the devastating border war has led some Vietnamese to believe that their leaders are submissive to Beijing. This, in turn, has fuelled antipathy towards both the regime and China and wholly failed to ease or heal the pain the conflict caused.

While the 1979 Sino-Vietnamese war was deadly, Vietnam’s war against the US was much worse in terms of damage wrought and lives lost. Still, American officials and leaders do not ignore the war in their current relations with Vietnam. In his address to the people of Vietnam during a visit to the country last May, Barack Obama spoke about the deadly and lasting consequences of the war.

In recalling the long conflict and the damage it caused, Obama, who was just 13 years old when US forces left Vietnam in 1975, reminded that “war, no matter what our intentions may be, brings suffering and tragedy.” He added: “Even if we disagree about a war, we must always honor those who serve and welcome them home with the respect they deserve.”

The US and Vietnam have largely overcome their past conflict through frequent symbolic exchanges between their respective war veterans. As noted by the New York Times in a 2015 article,  war veterans have played a leading role in reconciling the two former adversaries. Among the American veterans who have driven the reestablishment and advancement of bilateral relations are former US Secretary of State John Kerry and incumbent Senator John McCain.

There are no known similar exchanges of veterans between China and Vietnam. In an interview with Thanh Nien, a Vietnamese academic suggested that scholars from both sides should hold a joint conference on the war. He suggested that scholarly exchanges and open debate would help the two sides understand the causes of the war and avoid similar future conflicts.

While there have been numerous academic studies on the war, many still question why the two neighbors and comrades, which were said to be “as close as lips and teeth” just a few years before the war, could engage in what has been regarded by some as the bloodiest military conflict ever waged between members of the communist world.

In the context of current tensions in the South China Sea, an honest discussion on the causes and consequences of the war would also help both sides realize that there are seldom lasting military solutions to bilateral disputes.

If Vietnam and China truly aim to build a better and more peaceful relationship, as cadres on both sides often profess, sooner or later they must confront painful memories. The sooner they reconcile the past, the stronger their relationship will be. Vietnamese media coverage of the war is a welcome first step.