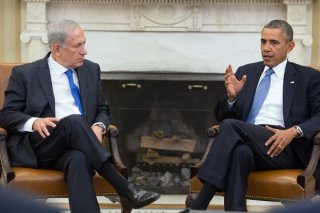 Much of the punditry regarding the current state of the U.S.-Israeli alliance has focused on the volley of slights and insults between Jerusalem and Washington. A small number of former Obama administration insiders, such as Derek Chollet, have pushed back, pointing to the personal ties between American and Israeli defense ministers. The alliance is not breaking up, but we would be in serious denial to keep saying ties are not strained (or that they are stronger than ever). The problem is not (entirely) personal. For all of our shared interests, America and Israel diverge on three key topics: Iran, Syria, and Qualitative Military Edge (QME).

Yes, recent U.S. and Israeli defense ministers have had excellent relations. This did not stop the Obama White House from snubbing Israeli Defense Minister Moshe Ya’alon’s request for meetings with everyone from Vice President Biden to Secretary of State John Kerry after he made a series of insulting remarks. But this misses a more fundamental point. Relationships matter, but they aren’t everything. When former Prime Minister Yitzhak Rabin was Ambassador to Washington, Henry Kissinger was his mentor. When Rabin succeeded Golda Meir as Prime Minister after his stint in Washington, Rabin’s personal ties did not stop Kissinger from threatening to “reassess” the relationship unless Israel moved forward with the peace process with Egypt.

Today, Israel and the United States have divergent interests on three fronts: Iran, Syria, and the maintenance of the Jewish state’s QME.

On Iran, America is from Mars and Israel is from Venus. Many Israelis have been apprehensive about a U.S.-Iranian rapprochement since the end of the first Gulf War for fear that Iran would displace Israel as America’s lead ally in the region. Today, the mistrust between the Netanyahu and Obama administrations is palpable. The Netanyahu government is angry that it is being cut out of key decisions; the Obama administration is fearful of Israeli leaks that could encourage a hawkish Congress and spoil any deal with Iran. An Iranian nuclear breakout (or sneakout) poses an existential threat to Israel. For the United States, a nuclear Iran is an unwelcome but deterrable threat.

The Obama administration hopes that it will be able to clinch a deal that would halt Iran’s potential march to a bomb and bring about a rapprochement between Washington and Tehran. For both the Netanyahu government and its challengers in the Zionist Camp, even if Iran is a year away from nuclear breakout, that is twelve months too short. A nuclear Iran would limit Israel’s ability to project force in the region and could set off a series of nuclear dominoes among Jerusalem’s quasi-allies in the Gulf.

The differences over Syria are an extension of the divide over Iran. For now, the United States is focused on rolling back the Islamic State’s (IS) advance. For Israel, Hezbollah, not IS, is its biggest concern because it is the long arm of the Pasdaran, the Iranian Revolutionary Guards. As a result, the United States and Israel are actually on opposite sides in Syria. As the United States bombs targets with the tacit approval of the Assad regime, Israel reportedly worked with the Nusra Front during the fight for Quneitra in order to safeguard the Golan Heights.

The Obama administration has been quick to point out that Israel has been the recipient of the most advanced weapons in the United States’ arsenal. However, this may change as Congress debates the future of QME. While the United States has made commitments to maintaining Israel’s qualitative military superiority over the rest of its neighbors, some in Congress feel that the threat from IS necessitates expanding the program to Arab states on the frontline.

For some, expanding QME to other states is premature and risky. The Islamic State’s recent ascendance was fostered by its capture of U.S. military equipment abandoned by a fleeing Iraqi army. Should another state fall after receiving QME, it would be déjà vu all over again.

The U.S.-Israeli alliance is not over. However, our interests diverge on three key points: Iran’s nuclear program, the civil war in Syria, and QME. We are in a state of willful ignorance when we deny it.

Albert Wolf is an Analyst for Wikistrat. He can be followed on Twitter @albertwolf82.