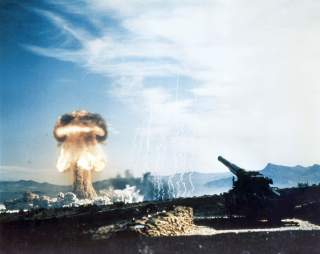 The debate over basing rights was reopened (at least in public forums) after the United States conducted bombing raids in Libya in the 1980s.

Nor was this unique to Britain. Many other countries, including France, were indignant that the United States would use nuclear weapons without their agreement. In fact, Charles de Gaulle demanded the right to veto any American or British decision to use nuclear weapons anywhere in the world. Not only would the United States not even consider this possibility, the Supreme Allied Commander in Europe, American Gen. Lauris Norstad, refused to even tell de Gaulle whether America had nuclear warheads on French soil. The French president was incredulous.

A scenario of actually using nuclear weapons is probably remote. Nonetheless, deploying tactical nuclear weapons will necessitate negotiations over who has launch control. South Korea President Moon Jae-in has already taken to publicly insisting that the United States must receive South Korean approval before launching a conventional attack. Adding nuclear weapons to the mix would only make the debate more contentious, weakening alliance cohesion at a time when unity is needed.

Bottom line: redeploying tactical nuclear weapons is worse than unnecessary. It would actively hurt America’s military posture and alliances in the region.