4 Reasons It Would Be Dangerous To Ban Russian Rocket Engines 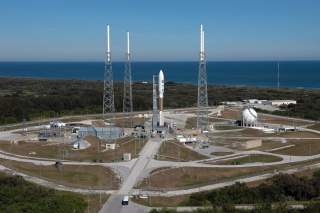 After Vladimir Putin invaded Ukraine in 2014, everybody in Washington agreed it was time to stop relying on Russian rocket engines for getting U.S. military satellites into orbit.  So it’s no surprise that Congress is considering legislation to do just that. But if the RD-180 engines (as they are called) get jettisoned too soon, it will cost taxpayers a bundle and make the American homeland less safe. Here are four quick reasons not to ban Russian engines right away.

1. The cost of launching key satellites will skyrocket: Russian engines are used on the Atlas rocket, the workhorse of the U.S. space fleet.  The only alternative for launching big satellites into high orbits is Delta, which costs about a third more per launch.  So if Atlas is grounded because Russian engines aren’t available, it will cost taxpayers billions of additional dollars to meet military needs in space.

2. SpaceX rockets can’t deliver satellites to key orbits: Many of the satellites the military uses for warning of a missile attack, communicating over secure links, and spying on enemies are very heavy.  In addition, they often have to be placed in high orbits.  SpaceX, which was recently certified to do military launches, can’t reach four of the eight critical military orbits.  About 40% of military launches have to go on Atlas or the much more expensive Delta.

3. Banning Russian engines bolsters Putin’s strength: There’s a lot to be said for getting rid of Russian propulsion technology on U.S. rockets, but if it is done too soon it will strengthen Moscow’s hand.  Any problems with Delta would leave the U.S. with no way to get missile warning and spy satellites into orbit that help the Pentagon track Russian military moves.  So why would Congress want to do exactly what critics fear Putin might try to do — take away engines vital to America’s access to space?

4. Rockets don’t grow on trees, they take time to build: If Atlas rockets were no longer available because their Russian engines were banned, the Pentagon would need a lot more Deltas that have not been budgeted.  It takes a long time to produce the military’s most powerful launch vehicle, and nobody seems to know when additional Deltas might be available.  So aside from the fact that each Delta launch costs more, it might not be feasible to do the launches when they are needed.

The bottom line is that banning Russian rocket engines too soon will cost taxpayers billions of dollars for no good reason, make our nation less safe, bolster Putin’s military position, and maybe unravel the whole military space program. We need to get rid of Russian engines, but banning them right away makes no sense.

This piece first appeared on LexNext, the official blog of the Lexington Institute here.