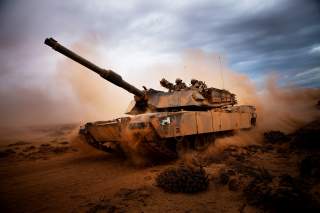 The world has managed to make it through most of 2017 without the return of cataclysmic, great power conflict. In some parts of the world (most notably Syria) tensions have declined significantly. In others, already difficult situations have grown even more tense. Here are five crises that could lead to great power conflict over the course of 2018.

North Korea is undoubtedly the most serious foreign-policy crisis facing the world today. The DPRK’s success in developing ballistic missiles, combined with the diplomatic inexperience of the Trump administration, have created an extraordinarily dangerous situation. Having repeatedly conducted missile and nuclear tests over the last decade, North Korea is showing no inclination to collapse under U.S. pressure. The United States has responded with diplomatic incoherence, as senior officials often contradict each other within hours of making statements.

Recent aggressive statements by Chinese military and diplomatic leaders suggest that at least some in the PRC believe that the military balance has shifted in their favor. This perception is almost certainly premature, and is likely not shared by the balance of China’s leadership, but nonetheless remains quite dangerous. China has also stepped up military activity in the region, although given the PRC’s steadily increasing military profile, this could be said of nearly every region along its borders.

The United States has responded with equanimity, condemning Chinese moves and announcing a major set of arms sales to Taiwan. However, the Trump administration had muddied the diplomatic waters through its confused stance on North Korea, which has included a major appeal to China for tighter sanctions. For a relationship that demands predictability and careful diplomacy, important players in China and the United States seem eager to embrace uncertainty, which could lead to devastating conflict.

The situation in Ukraine remains tense. The tenuous cease-fire in Eastern Ukraine is increasingly punctuated by violence between Kiev and Moscow-supported local militias. In Kiev itself, protests, demonstrations and the bizarre saga of former Georgian president Mikheil Saakashvili have raised questions about the stability of the government.

Conflict could break out in several ways. A Ukrainian government collapse, while theoretically beneficial to Moscow, could introduce violent instability. Moscow’s proxies might feel emboldened, and Putin himself might see a chance to seize more of the country. Conversely, a collapse of the Kiev government could bring right-wing hardliners to power, which would throw gasoline on the smoldering conflict in the eastern provinces.

Although the Trump administration has backed away from even the tepid support offered to Kiev by President Obama, a serious Russian military incursion into Ukraine, precipitated either by a collapse or an offensive, could threaten to draw Europe and the United States into conflict against Moscow.

Relations between the United States and Turkey have virtually collapsed over the last year, just as Ankara and Moscow have seen a significant rapprochement after military skirmishes in 2015. Turkish estrangement from the EU and the United States, symbolized by the acquisition of new Russian military hardware, could herald a significant shift in the regional balance of power.

To be sure, Turkey, Russia, nor the United States see war as a reasonable way of resolving the new diplomatic situation. But Turkey is an immensely important country, and its disposition affects the outcome of conflicts in Syria, Iraq, Iran, the Balkans and the Caucasus. A shift in Turkey’s diplomatic orientation could have unpredictable ripple effects along its borders—especially regarding Kurdish aspiration for statehood—and could change the ledger of power and risk in the Nagorno-Karabakh dispute. Such developments could affect how the southern European states think about their commitment to NATO. This unpredictability could cause either Moscow or Washington to miscalculate the strength of their own hands.

Conflicts in the Middle East almost always contain the seeds of great power conflict, even if those seeds rarely bloom. As the civil war in Syria has shambled towards it conclusion, attention has shifted to the confrontation between Iran and Saudi Arabia. Saudi Arabia still seems to have an itchy trigger finger, and it seems eager to find Tehran’s hand behind every setback. For its part, Iran continues expanding its influence in Iraq, Syria and elsewhere.

For its part, while the Trump administration has largely accepted the victory of Assad’s regime in Syria, it is redirecting its efforts towards countering Iran in the region. This has included a virtual blank check to Saudi Arabia in Yemen and elsewhere, a development that could easily result in overconfidence in Riyadh.

Could Riyadh and Tehran contain their war? War has broken out in the Gulf before without engulfing the rest of the world, but Riyadh has demonstrated a clear willingness to build a diplomatic and military coalition against Iran, perhaps going so far as to include Israel. With Russia reasserting its position in the region, it’s depressingly easy to imagine great power conflict.