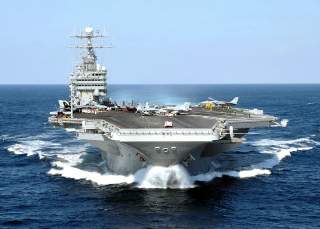 Thankfully, over the last several months, there has been a reason to be hopeful that some of the pressure points listed above might become less of a concern in the future. In November of 2014, the United States and China signed two memorandums of understanding (MOUs) that should help at least with regard to near incidents in the air and sea. As Peter Dutton neatly explained in these pages, the “MOUs help reduce the risk of crisis...” However, Dutton also notes “they will not eliminate it, because they do not eliminate the divergent security interests that are at the root of the crises. And even as they improve understanding, such insight is no replacement for respect for power.”

This first appeared in Feb. 2015 and is being reposted due to reader interest.