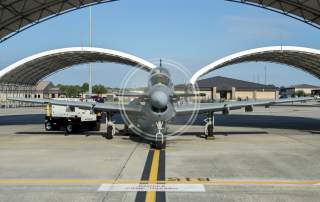 The fight against violent Islamic jihadists truly has become a global war on terror.  The threat has metastasized like a cancer and is proving just as difficult to defeat. ISIS, which originated in Iraq and Syria, has conducted some 140 attacks in 29 countries just in the last two years. It has active combat forces in more than a dozen countries. Al Qaeda, once declared dead, has returned to life with a vengeance. It is reported to have six regional groupings with 14 affiliated organizations.

We have been at this long enough to know that defeating the global Islamist terrorist threat requires a multifaceted response strategy that must unfold over time. One key aspect of such a strategy is building the capacity of partner countries, particularly those fighting a local battle with terrorists. Partners can require assistance with equipment, organization, logistics and transportation. It should not be surprising that some of these countries—with fragmented societies, weak governments and relatively little experience with the rule of law—also need help learning to modulate the behavior of security forces in the conduct of counter-terrorist operations.

Nigeria is one nation that badly needs U.S. assistance in fighting a domestic Islamic insurgency, Boko Haram. As part of its assistance program for Nigeria, the United States has offered to sell that country 12 A-29 Super Tucanos, an aircraft that the Air Force paid to develop precisely for partner countries that needed air support for their counter terrorism operations.

Almost inexplicably, there has been opposition from some quarters for this sale. The critics offer a mix of criticisms based largely on an under-appreciation of the threat, a poor understanding of the combined arms nature of successful counter terrorism operations, ignorance regarding the capabilities of the A-29 and misplaced policy priorities.

Here are five reasons why the proposed sale should proceed.

Priority one must be to destroy Boko Haram

Some critics of military assistance to Nigeria argue that priority needs to be given to reforming that country’s government, ending corruption and preventing excesses by Nigerian counter-terrorism forces. Are they kidding? Boko Hara is pure evil. Since its founding in 2009, it has kidnapped thousands, killed more than 20,000 and created early 3 million refugees. In 2015 it won the world’s deadliest terrorist group trophy from the World Terrorism Index. In that year, it also pledged allegiance to ISIS. Boko Haram has not limited its activities to northeastern Nigeria. It is active in neighboring Chad, Niger and Cameroon. Talk about your violator of human rights! Whatever legitimate criticism there is of the Nigerian government pales in comparison with the crimes committed by Boko Haram.

Air power is critical to a successful counter terrorism campaign

To say, as some critics have, that airpower won’t be in effective in the fight with Boko Haram is just stupid. As has been demonstrated in virtually every counter terrorism fight from Afghanistan to Libya and Somalia, exploitation of the third dimension is the best means of countering the terrorists’ advantages on the ground. Even in complex terrain such as forests and jungles, aircraft with the appropriate sensors and weapons can provide effective firepower. Attack aircraft can serve as a deterrent to terrorist’ efforts to mass forces for large scale attacks. In addition, airpower is not just about bombing. It is vital also to winning the intelligence battle. Airborne intelligence, surveillance and reconnaissance (ISR) is one of the most useful tools in the arsenal of counter terrorism forces.

The A-29 is the right aircraft for Nigeria.

The A-29 is a derivative of the Embraer Tucano that has proven itself with a number of air forces. The Columbian military used theirs against the FARC terrorist organization, which operated largely in that country’s jungles. The A-29 is specifically designed for today’s counter-terrorism fight and for employment by partner countries with relatively little money, infrastructure or trained manpower.  The sturdy, propeller-driven Super Tucano also is a perfect fit for environments such as Nigeria. It is a relatively simple, sturdy aircraft, able to operate from austere airfields and is easy to fly and maintain. The A-29 carries advanced electro-optical sensors, modern avionics, a laser target designator and a wide variety of precision munitions. The Afghan Air Force is very successfully operating the first four of some 20 aircraft on order. Inexpensive to buy and with lower operating costs than any other light attack aircraft, the A-29 is the right aircraft for cash-strapped partners.

There is no question that Nigeria has much work to do to strengthen governmental institutions, root out corruption and institute the rule of law. But indirectly punishing the Nigerian military for problems with deep roots in that country is misguided. Moreover, it will not work. It might make frustrated ex-diplomats and NGOs feel good, but it will not cause a substantive change in the level of corruption in Nigeria or temper any excesses by the military.

An arms-length relationship with partner countries struggling to address problem of corruption, weak legal systems and poor military discipline is exactly the wrong way of improving their situation. Military-to-military contacts, collaborative training and even advisory support are proven ways of influencing the behavior of partner countries’ militaries. But to have this effect, the U.S. must have an ongoing working relationship with those militaries. Expanded U.S. military cooperation with Nigeria also figures into Washington’s strategy for encouraging the new government of President Muhammadu Buhari to continue its efforts to fight corruption

The Air Force’s Office of Defense Cooperation, Africom, the Defense Security Cooperation Agency and the Department of State have all worked very hard to make sure that the A-29 is the right solution to Nigeria’s requirements. At the same time, they have not forgotten about Nigeria’s problem with corruption or its military’s violations of human rights. But this is a matter, first and foremost, of the right priorities. Boko Haram must be defeated.