5 Things Everyone Should Know About World Politics 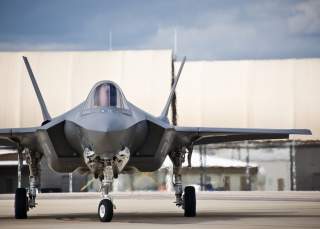 I found a great list of “122 things everyone should know about investing and the economy.” Some of the points are so perfectly applicable to the study and practice of international relations that they can be listed here under the above heading. When you see the word “investing,” just change it to “diplomacy”:

6. As Erik Falkenstein says: "In expert tennis, 80% of the points are won, while in amateur tennis, 80% are lost. The same is true for wrestling, chess, and investing: Beginners should focus on avoiding mistakes, experts on making great moves."

57. The more someone is on TV, the less likely his or her predictions are to come true. (University of California, Berkeley psychologist Phil Tetlock has data on this).

100. What Marty Whitman says about information: "Rarely do more than three or four variables really count. Everything else is noise."

122. Take two investors. One is an MIT rocket scientist who aced his SATs and can recite pi out to 50 decimal places. He trades several times a week, tapping his intellect in an attempt to outsmart the market by jumping in and out when he's determined it's right. The other is a country bumpkin who didn't attend college. He saves and invests every month in a low-cost index fund come hell or high water. He doesn't care about beating the market. He just wants it to be his faithful companion. Who's going to do better in the long run? I'd bet on the latter all day long. "Investing is not a game where the guy with the 160 IQ beats the guy with a 130 IQ," Warren Buffett says. Successful investors know their limitations, keep cool, and act with discipline. You can't measure that.

(BTW, for me no.122 describes the difference between the Bush and Obama approaches to foreign policy nicely. Although I know Obama is whip-smart and George W Bush was allegedly a dummy, in this analogy I think Bush is the MIT rocket scientist and Obama the bumpkin.)

This piece first appeared in the Lowy Interpreter, the in house publication of the Lowy Institute.