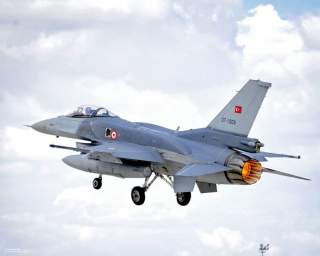 Syria was a major source of tension between Turkey and Russia even before a Turkish F-16 shot down a Russian Su-24 on the Turkish-Syrian border on November 24. Since the start of the Syrian Civil War in early 2011, Russia and Iran have backed the regime of Syrian President Bashar al-Assad, while Turkey, along with Saudi Arabia, Qatar and the United States, has supported anti-Assad rebels.

After Assad’s forces downed a Turkish RF-4 reconnaissance plane over the Mediterranean in June 2012, Ankara implemented new rules of engagement with dubious legal standing against Damascus. For the past three-and-a-half years, Turkey has brought down more than half a dozen Syrian fighter jets, helicopters and UAVs for allegedly violating its airspace.

The latest incident is a culmination of that tug-of-war and Turkey’s desire to help its clients in Syria. Following the arrival of the Russian air contingent on Syria’s Mediterranean coast in September 2015, one Russian aircraft briefly violated Turkish airspace, a Syrian MiG-29 locked on Turkish F-16s flying inside Turkey and the Turks shot down what is believed to be a Russian-made UAV within their territory on October 16.

During these episodes, Russian Air Force assets meant to show the Turks that their support for anti-Assad rebels was not welcome. For Turkey, putting pressure on Russian air operations in Syria was a way to reassure the rebel groups under its aegis to keep fighting the Assad regime.

Because of Turkey’s NATO membership and better access to the Syrian battle space, and Russia’s immense military superiority, an all-out war between the two sides is unlikely. Still, limited engagements similar to the November 24 incident are possible—especially after the Russian General Staff announced a more aggressive posture against the Turks. Turkey, however, enjoys impressive military assets that could make life difficult for Russia.

To that end, this article covers the five most dangerous Turkish weapon systems that should give Russia a moment of pause before it escalates tensions. Just like its forthcoming counterpart discussing the five Russian weapons that Turkey should fear, the article covers the weapons that Turks might use in a limited engagement in Syria and the eastern Mediterranean. As such, Russia’s ballistic missile capabilities or U.S. tactical nukes based in Turkey will not be part of the analysis—they are virtually useless in a limited engagement.

The Turkish Air Force (TuAF) has nearly 250 F-16 aircrafts in its inventory, thirty of which are of the Block 50+ type. Block 50+ is the latest variant of the F-16, a combat-proven fourth-generation multirole fighter. Turkey has produced (with a U.S. license) and operated different variants of the F-16 since the mid-1980s, giving the TuAF considerable skill and experience with the “Fighting Falcon” in every scenario possible.

The U.S.-made AIM-120 missile with which the Turks shot down the Russian Su-24 on Nov. 24 is a deadly partner to the F-16. With an operational range of nearly thirty nautical miles (fifty kilometers), the AIM-120 turns the F-16 into a serious threat against the highly trained and well-equipped Russian Air Force.

The KORAL transportable radar jammer system is the Turkish military’s latest addition to its electronic warfare capabilities. Designed by Turkey’s state-owned Aselsan Corporation, this electronic defense/electronic attack system is designed to jam and deceive conventional and complex types of hostile radar, and analyzes multiple target signals in a wide frequency range, automatically generating appropriate response thanks to its digital radio frequency memory (DRFM) capability. With an effective range in excess of ninety miles (about 150 kilometers), KORAL reportedly could jam and deceive any land, sea and airborne radar systems. This new system could deny situational awareness to the Russians, thicken their fog of war and blind their weapons systems that would otherwise pose a threat to the Turkish military.

Turkish Naval Forces possess four Gür-class submarines, which are considered one of the best diesel-electric submarines in the world. Based on the German firm HDW’s export-oriented Type 209 T2/1400 models, the Gürs are armed with submarine-launched Harpoon anti-ship missiles (UGM-84), as well as the British-made Tigerfish and German-made DM2A4 heavy torpedoes. The Turkish submarines are also equipped with state-of-the-art detection and targeting systems, which turn these platforms into silent and deadly hunters that would threaten the Russian surface action group positioned in the eastern Mediterranean. Given the Syria-based Russian naval task force’s shortcomings in anti-submarine warfare (ASW), the Gür submarines give immense leverage to the Turkish side.

Turkey’s Ada-class stealth corvettes are another naval platform that present a lethal challenge to Russian surface action groups and supply ships operating in the Mediterranean. Designed and produced by Turkish personnel, Adas are equipped with 8 Harpoon Block II missiles, OtoMelara Super Rapid three-inch cannons and other armaments. These highly stealthy ships have extremely reduced radar, IR and acoustic signatures, and they are backed by a low probability of intercept (LPI) radar that could sneak up to Russian surface vessels and deliver a lethal blow.

We hope that Turkey and Russia de-escalate tensions in Syria. A war, even one limited in scope, would be too hurtful to both sides. But if Ankara and Moscow were to take things to the next level, these five weapons would give the Turkish side some unique advantages.

Bleda Kurtdarcan is a lecturer at Galatasaray University School of Law in Istanbul, where he teaches public international law. He obtained his Ph.D. from Galatasaray University in 2014 and his LLM from Université Paris 1 Panthéon-Sorbonne in 2005. He specializes in law of armed conflict, law of the sea, maritime security, and the privatization of military services.

Barın Kayaoğlu is an independent political analyst and consultant in Washington, D.C., where writes and comments for U.S. and international media outlets. Barın finished his doctorate in history at the University of Virginia in 2014, and he is currently turning his dissertation into a book, tentatively titled Loving and Hating America: U.S. Diplomacy, Modernization, and the Origins of Pro- and Anti-American Sentiment in Turkey and Iran. You can follow him on www.barinkayaoglu.com, Twitter (@barinkayaoglu), and Facebook (Barın Kayaoğlu).