5 U.S. Army Weapons Russia and China Would Fear in a War 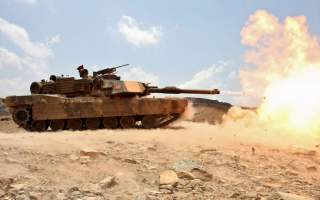 The U.S. Army's hard-hitting, self-propelled howitzers have taken a backseat in America's recent small wars. Nonetheless, they remain highly potent weapons. These, and four others, make up a powerful list of weapons no nation would want to mess with.

This first appeared in December 2014 and is being reposted due to reader interest.