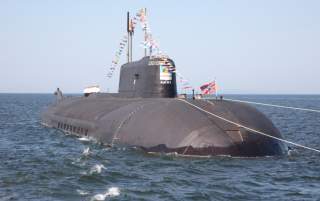 As we look back tomorrow at the 25th anniversary of the fall of the Soviet Union, an important question should be raised: could the USSR actually have won the Cold War?

Or maybe a better question: Could the Soviet Union at least survived the Cold War?

That was something we asked Professor Tom Nichols of the U.S. Naval War College and Harvard University back in 2014. As he explains: "I don't believe that Trotsky, or Kirov or Bukharin could have saved the Soviet Union, because the USSR was based on a lie at its very foundation. We can all be glad that history, and maybe a dash of divine providence, obviated any of the alternate paths here. But we had best think about them, because we once again face enemies overseas dedicated to the destruction of our ideas and values."

Considering this important anniversary, we have reposted this timely piece below for your reading pleasure. Let the debate begin.