A $50 Billion Chinese Canal in Nicaragua? 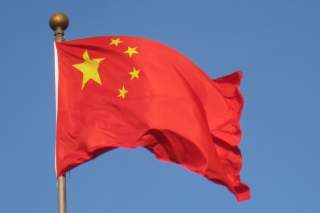 There is pride in Hong Kong that a local private company is pushing ahead with perhaps the world's largest-ever civil works project, the 280km long, 500m wide Nicaragua Canal. Construction began in December 2014.

The South China Morning Post dismisses outside suspicions while modestly describing the scheme as being “centered on the creation of a more just, reasonable and equitable world order.” That a private company should be undertaking such munificence is remarkable. One thing's for certain: it can't be doing it for the money. Financially the numbers don't add up.

At a cost of at least US$50 billion, the project will take many years and require tens of thousands of workers. Legal, social, corruption and environmental concerns aside (and all are daunting), the financial returns are violently challenged.

The century-old Panama Canal, which is struggling through its own US$5 billion upgrade to double its potential traffic, generates about US$2 billion in annual revenues, about half of which are retained as profits. Building parallel infrastructure in Nicaragua at huge sunk expense will provoke a knife-fight response from Panama, which has capacity to spare. Although the Nicaragua canal will allow larger-sized ships to pass, Panama should retain most of the transit share, and will slash pricing to make sure. In that case, the canals' combined annual profit pool might be much less than the US$1 billion today.

Commercially speaking, this US$50 billion gambit is courageous, if not reckless.

There is of course another possible explanation: that the company is a front for Beijing, that it will rely heavily on cheap long-term financing from state institutions, and that the canal is to secure access for Chinese shipping.

There is plenty of scuttlebutt on the internet about the company's mysterious chairman (he says he is “just a businessman”) and China's strategic game plan. US$50 billion is serious money, way beyond the exposure limits of institutions like the World Bank but feasible for the Chinese agencies which long ago surpassed it. If this canal is built, it will mostly be with Chinese state contractors and funds. True, companies can raise US$10 billion or even US$20 billion in international public equity, but these are special cases (like Alibaba) for proven businesses.

This gargantuan engineering enterprise also has the audacious hallmarks of a Chinese Government design. But if it is, why would Beijing wish to hide behind a supposed Hong Kong-based entrepreneur?

China enjoys excellent relations with Nicaragua's charismatic Daniel Ortega, who in turn is no friend of the US. Maybe Ortega is simply downplaying Beijing's role in order not to antagonize the yanqui. Perhaps Beijing is happy to maintain plausible deniability for now, and will later assume greater ownership over the enterprise once it has matured and the Americans have resigned themselves to its existence. Although the targeted financial payback is just 12 years, with operations underway by 2019, both these estimates seem fanciful. In reality, the project is likely to see overruns and delays, so the operating concession might be 50 or even 100 years.

Then a Chinese entity – perhaps the state itself – will have long-term control over a key “chokepoint” into the Atlantic.

The Nicaragua canal would prioritize Chinese shipping: containers to the US eastern seaboard, tankers from Venezuela, iron-ore carriers from Brazil, perhaps even PLA Navy warships. That sounds pretty sensational. But what is really gained here? As noted above, the canal is broadly replicating what already exists in Panama. The shipping distance to the western Atlantic is not shortened; Hong Kong is equidistant via the Suez. And the Atlantic southern capes offer other entry points. If the specific objective is ensuring passage for Chinese naval vessels through the central American isthmus into the Caribbean, it must be obvious to Beijing that – with or without a second canal – it can only be at the forbearance of the US. And those PLA Navy ships will be a very long way from their home port.

There is a broader agenda here, obviously. With its diplomatic “whirlwind” China is seeking greater access to world markets and wants new trade routes opened, preferably under its own aegis.

The most significant is the One Belt One Road (OBOR) program, which envisages continental and maritime pathways west to Europe and Africa, away from the US-contested Pacific. There are good reasons why China should seek to build strategic 'keys' like OBOR, not least to secure its restive frontiers. But in reinforcing its periphery it will encounter powerful rivals. Nicaragua's canal is a clear challenge to the US. New Delhi strategists are already muttering that OBOR pincers India. Russia, distracted for now in Ukraine, may come to resent greater Chinese influence in Central Asia.

The other risks in holding these access points should also be well known to Beijing's leaders: grassroots protests, wars, coups, external interventions, nationalisations, and – most unpredictable – democratic elections. It is already evident that Nicaragua, which is hardly a stable jurisdiction, will be divided by the canal in more ways than one.

Indeed, compared to the serious public effort China is making with its OBOR initiative, the whole Nicaragua canal adventure seems quirky and speculative. Perhaps that's why it's in the hands of a private Hong Kong developer.