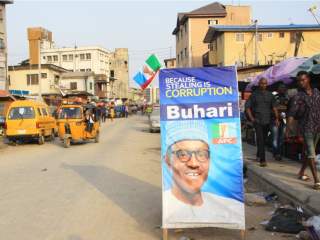 While Western governments are currently transfixed on events in Iraq and Syria, it is important that they do not forget Africa. Boko Haram has become the world’s deadliest terrorist organization and Libya is increasingly becoming a base of operations for the Islamic State. Below, CFR’s Africa program outlines six African issues to watch in 2016. While they could certainly affect the lives of millions of Africans, these issues could also have serious implications for international politics.

This year violence broke out in Burundi over President Pierre Nkurunziza’s bid to hold on to power in a third presidential term. Several other African presidents have recently followed his lead to try to hold on to power. Both Sassou Nguesso in Congo-Brazzaville and Rwanda’s Paul Kagame have taken the legal steps necessary to extend their time in office. Both countries have presidential elections in 2017 that could become violent. In 2016, we should also watch the Democratic Republic of the Congo where many in the opposition believe that President Joseph Kabila is pursuing a policy that would allow him to retain power after his current term ends in 2016.

With at least 2.5 million displaced persons in the Lake Chad region alone, there is the potential for a large wave of Africans to migrate. This could take the form of international migration, similar to the Eritreans who have fled to Europe, or to destinations elsewhere in Africa. Between 2006 and 2012, South Africa received the highest number of asylum seekers of any country in the world. It is possible that as conflicts continue and economies contract due to low commodity prices, there will be a wave of migration to wealthier African countries where they could face the risk of rising xenophobia.

Pressure on South Africa’s president has been increasing. Over the past year Zuma has battled allegations of corruption related to $20 million in public funds spent on upgrades to his private estate, Nkandla. Despite a police report stating that the upgrades were security features, including a swimming pool, the opposition continues to call for legal action. Zuma’s most recent faux pas, firing the minister of finance and replacing him with an unknown, has galvanized opposition to his administration within his own party, the African National Congress (ANC). It is possible that in 2016 the ANC could remove Zuma as their party leader and subsequently as president, just as they did with Thabo Mbeki in 2008.

Since Muhammadu Buhari’s election as president of Nigeria, he has had a small number of high profile figures arrested for charges related to corruption. How far will this campaign go? Will it pursue high level leaders from the Jonathan administration, perhaps including the former first lady? If so, will Buhari politically overreach? As military head of state Buhari aggressively went after corruption. Many claim this is why the military abruptly removed him from office.

5. Expansion of Instability in the Sahel

With the attack on a hotel in Bamako, Mali, and continued jihadist operations in the country’s north, it is clear that jihadist activity in the Sahel is not over. In December, there was an attempted military coup in Niger. Boko Haram continues to be active in Niger, Chad, and Cameroon, as well as in Nigeria. The Islamic State is strengthening its presence in Libya, and Boko Haram has sworn allegiance to it. Thus far, that relationship appears to be mostly one of rhetoric, but it could further develop.

Across Africa the effects of climate change are already visible. The shrinking of Lake Chad contributes to the large number of displaced persons in the region. Since 1963, the lake has shrunk to nearly a twentieth of its original size. Tanzania and Zambia have both been suffering from power shortages because of the impact of drought on hydroelectricity. In South Africa the government has declared disaster zones in five of nine provinces due to drought related to El Niño. Among other things El Niño is also the cause of massive floods that have left thousands of Somalians homeless. In 2016, we can expect to see more severe climate related issues, including migration, as the effects of El Niño are fully felt.

John Campbell is the Ralph Bunche Senior Fellow for Africa Policy Studies at the Council on Foreign Relations, where Allen Grane is a research associate. This piece first appeared on Africa in Transition.