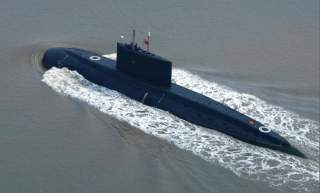 What will frontrunners Donald Trump and Hillary Clinton, along with the other presidential candidates, promise on the stump in Iowa, New Hampshire, South Carolina and beyond:  To hike or slash defense spending?  To boost America’s naval fleet or (continue to) shrink it?  To increase F-35 production or switch to drones?   These are promises that the candidates should only make within the context of a sober assessment of the growing military capabilities of America’s most significant strategic rival, China.  Here’s a brief look at the emerging chessboard.

Unconstrained by the arms control treaties that bind America and Russia, China now deploys one of the largest and most diverse missile arsenals in the world – from the shorter range tactical and theater to intercontinental. This arsenal also features a game-changing anti-ship ballistic missile (perhaps) capable of striking American aircraft carriers and a highly maneuverable hypersonic glide vehicle capable of reaching speeds of Mach 10 and higher and expressly designed to evade missile defense systems. Every target from Taiwan to Tulsa, Oklahoma is now within reach of China’s missile threat.

China has one of the world’s largest inventories, including over 30 varieties of contact, magnetic, acoustic, water pressure, remote control, mobile, and rocket rising mines.  Such mines would be highly effective in taking Taiwan by force. They may also be used by China to reinforce claims to disputed islands throughout the East and South China Seas – think Senkaku Islands or Second Thomas Reef here.

China has the world’s fastest growing fleet of conventional diesel-electric subs.  Through the miracle of German-designed and uber-quiet “air-independent propulsion systems,” these ultimate passive-aggressive weapons can lie in wait virtually undetectable for a Japanese destroyer, US aircraft carrier or Vietnamese submarine to come within range of their long-range torpedoes or cruise missiles. At such point, that targeted vessel is likely to wind up as a “mission kill.”

The Type 022 Houbei class may be the smallest vessel in China’s anti-access arsenal.  However, a hundred of these cats moving at 40 knots towards an America aircraft carrier strike group can unleash cruise missiles in “salvo attacks” as the carrier group simultaneously comes under fire from anti-ship ballistic missiles, shore-based cruise missiles, and torpedoes and missiles fired by attack subs. This all too real scenario recalls Josef Stalin’s adage “quantity has a quality of its own.”

Very likely made from designs Chinese hackers stole from America, the Chengdu J-20 “Mighty Dragon” is a multi-role fighter combining elements of America’s F-22 and F-35 while China’s Chengdu J-31 “Gyrfalcon,” possibly designed for aircraft carrier use, offers a more compact design evocative of the F-35.  With American F-22 production halted and F-35 production severely budget-constrained, China may well win any future battle for air dominance in Asia if for no other reason than its factories will churn out far more planes than an America now constrained both by budget and White House leadership.

While America’s navy shrinks and its shipyards begin to wither, China’s shipyards are robustly producing the complete range of ships needed for global force projection, including several new carriers.  While China’s only existing carrier, the Liaoning, is a small training carrier that poses little direct threat to U.S. forces, its ability to deploy in the South China Sea and elsewhere nonetheless sends a clear coercive signal to the smaller navies of the Philippines, Japan, and Vietnam.

China continues to grow a diverse set of “hard kill” and “soft kill” ASATs capable of destroying or blinding a U.S. network that has given the U.S. military its global edge for decades – and the U.S. economy a tremendous sustained lift.

Indeed, the moment China shoots down or otherwise disables an American military satellite, America might well presume China is readying to launch a first nuclear strike that will no longer be visible to the satellite eye. At such point, a U.S. president may see no other alternative but to strike first. And so at least one variation on the end of the world goes.

For all these reasons, our presidential candidates – along with every American taxpayer and voter – must gain a much better understanding not just of the scope and range of the Chinese arsenal but also of the diverse set of threats it poses. C7Let the presidential debate therefore begin on the question of China’s militarism and what it means for peace and stability in Asia.

Peter Navarro is a professor at the University of California-Irvine.  He is the author of Crouching Tiger: What China’s Militarism Means for the World (Prometheus Books) and director of the companion Crouching Tiger documentary film series.