Afghanistan: An Opportunity for U.S.–China Cooperation? 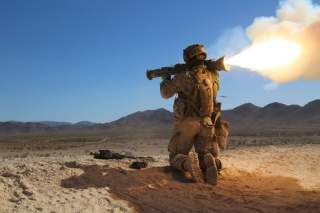 Michael Auslin has called for a “new realism” in U.S. foreign policy toward China in these pages, one that “begins with an official acceptance that we are locked in a competition with China that is of Beijing’s choosing.” Moreover he suggests that Sino-U.S. dialogue must be “reset” and “conducted not as an unearned gift to Beijing, but only when there are concrete goals to be achieved.”

While some, such U.S. National Security Advisor Susan Rice, may dispute the first claim as “lazy rhetoric,” the second admonition to structure the relationship through a focus on the concrete goals and interests of each party isn’t as easily dismissed.

The problem in the current climate of Sino–U.S. relations, however, is to identify areas in which those interests overlap to “mutual benefit” more than they diverge. China’s “One Belt, One Road” (OBOR) strategy is an area that holds potential.

According to John Hudson, where U.S. officials see China’s resurgence and ambition in the Asia–Pacific as the core driver of regional insecurity, in Eurasia they see a “surprising convergence of U.S. and Chinese interests” that “boils down to one mutual goal: security.”

From this perspective, Beijing shares Washington’s desires to see a stable and secure Afghanistan and Pakistan due primarily to Beijing’s own concerns with Uyghur terrorism in Xinjiang.

The strength of this view is based on two major factors.

First, the OBOR itself, while growing out of a decades-long agenda to firmly integrate Xinjiang and overcome Uyghur separatism and terrorism through the delivery of economic development, looks set to engage China more directly in the problems of the region. With its focus on the development of trans-regional infrastructure links and investment, such as the “China-Pakistan Economic Corridor,” the OBOR would give China a greater stake in the future security and prosperity of Central Asia, Afghanistan and Pakistan. Obama administration officials have approvingly noted that China’s plan mirrors the intent of its own aborted “New Silk Road Initiative” of 2011. Indeed, the logic of that effort suggests some complementarity between U.S. and Chinese interests.

Second, the increasing number of terrorist attacks in Xinjiang, which China has attributed to militants based in the Af-Pak tribal areas, has arguably revealed to Beijing that it can no longer rely on the partial ‘outsourcing’ of its security to the U.S. military presence in Afghanistan nor the Pakistani military along the Af-Pak frontier. Instead, Beijing must revise its to-date largely ‘hands off’ approach to the security situation in Afghanistan as it pursues the OBOR strategy.

Yet deeper consideration of both of these factors suggests that the potential overlap between U.S. and Chinese interests shouldn’t be overstated.

Afghanistan, in particular, is deeply problematic for China in terms of the security of Xinjiang, its geopolitical interests and its reputation. China’s aloof approach to the country since the U.S. and NATO intervention began, as Andrew Small has noted, has been dictated by a conflicted mindset:

“China sat out the conflict in Afghanistan. It wanted neither a Western victory that might entrench a U.S. military presence in its backyard, nor a Taliban victory that would pose risks to Xinjiang and the wider region. As a result, its financial and political contributions to Afghanistan were at best tokenistic, the minimum necessary to avoid alienating anyone.”

Greater Chinese security engagement in Afghanistan promises not only to make it a more overt target for radical Islamists, impacting negatively in the security of Xinjiang, but also to damage Beijing geopolitically by bringing it into conflict with its ‘all weather’ friend, Pakistan. Beijing has emerged as an active proponent of a negotiated political settlement between the Taliban and Kabul—even brokering secret negotiations between the two—in the interests of ‘stability’, while Pakistan “has been keener to see a level of consistent instability in Afghanistan” rather than a secure and independent Kabul. The scope for this divide between the ‘all weather’ friends to widen was underlined by the multiple bomb attacks in the Afghan capital on August 10 and 12. The Ghani government explicitly blamed the attacks on Pakistan and Beijing offered to extend greater security assistance to Kabul in response.

Speculation that China would actively consider a more overt security presence or engagement in Afghanistan, however, ignores the reputational costs this would impose on Beijing. Much of Beijing’s diplomatic success throughout Eurasia over the past decade has been built not only on its undoubted economic weight but also its ability to counter-pose its doctrine of ‘non-intervention’ to that of the West’s recent record of direct intervention into the affairs of others. The continued strength of this particular peculiarity of Chinese diplomacy has been most recently exhibited in Beijing’s response to the NATO-led intervention in Libya and its approach to the ongoing Syrian crisis.

Despite recent developments on the ground in Afghanistan—including the possible fracturing of the Taliban in the face of the emergence of Islamic State, in the country—it appears that China’s approach to the country remains cautious. Indeed it is difficult to discern a fundamental shift in approach to that described by Beijing’s Special Envoy to Afghanistan, Sun Yuxi, when he noted in 2014 that ‘preserving Afghanistan’s stability is not a matter of adding troops but of helping Afghanistan to quickly rebuild’.