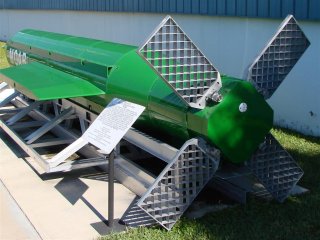 Chaos erupted after the U.S. dropped the largest non-nuclear bomb in its arsenal on an Islamic State training camp in Afghanistan Thursday, local villagers told The Guardian.

The bomb was dropped on Achin district in Nangarhar province, the long-time home of the terrorist group in Afghanistan. ISIS has proven resilient in Afghanistan, often using Nangarhar province to launch attacks on the capital of Kabul. The U.S. said the massive bomb, nicknamed the “mother of all bombs,” was requested to destroy ISIS’s extensive tunnel network in the village.

“The earth felt like a boat in a storm,” one villager told The Guardian. He continued, “My ears were deaf for a while. My windows and doors are broken. There are cracks in the walls.” Achin’s Mayor Naweed Shinwari said “my relatives thought the end of the world had come.”

“Last night’s bomb was really huge, when it dropped, everywhere, it was shaking,” one resident told Reuters. He characterized the strike as a “positive move” to rid the village of ISIS fighters. One man who lived two miles from the blast area told CNN “we were all scared and my children and my wife were crying. We thought it had happened right in front of our house.”

“This was the first time that we encountered an extensive obstacle to our progress,” Nicholson declared. He continued, “It was the right time to use it tactically against the right target on the battlefield.”