After Brussels Attacks, U.S. Must Shut Down Foreign Fighter Pipelines 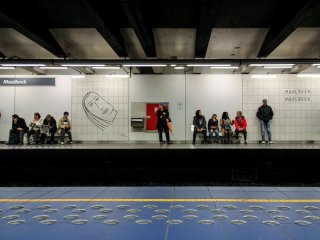 The first question security professionals around the world ask after a horrific terrorist attack is: What’s next? The second question is: How to stop it?

Today, Americans woke up to news that Europe had been hit again, with reports of two bombs in Brussels that killed and injured scores. The attacks come only days after the arrest in the city of the perpetrators of the terrorist strike in Paris last year.

A top concern here will be that the terror campaigns being orchestrated there could be directed here. There is a precedent for that. A core of the participants in the 9/11 attack organized a cell in Hamburg, Germany.

If there are cells in Europe interested in attacking one of their chief challenges will be traveling here. The United States has been focused on thwarting terrorist travel to the United States since the tragic attacks on New York and Washington in 2001. The danger was a major subject of investigation for the 9/11 commission.

What the United States has done since 9/11 has been to focus on finding and stopping terrorists who might try to travel here. That is a strategy that makes sense. Terrorists travel in small numbers and have tried every conceivable way to get from there to here. Shutting down a particular method of travel doesn’t impede them much. They’ll try something else. What works best is to identify and thwart them, not frustrate the travel of everyone else.

The bigger issue for the United States is not to repeat the mistake of Europe and allow an extended Islamist terrorist network to spread its tentacles throughout our land. While the Islamist extremist threat inspired by ISIS is a global problem, it does not look the same all over the globe. As a result of homegrown extremist communities and a number of foreign fighters that have passed back and forth from Europe to the Middle East, western Europe has a footprint of terrorist cells that can pull off attacks like those that occurred in Brussels and Paris.

Shutting down foreign fighter pipelines is important. So too is sensible and proactive counterterrorism investigations here that interdict potential terror threats before they start to look like Paris and Brussels and responsible immigration and border security policies.

And, above all, we need a Department of Homeland Security that is focused on its day job We can learn important lessons from today’s tragic attacks—but only if we are paying attention.

James Jay Carafano, a leading expert in national security and foreign policy challenges, is The Heritage Foundation’s vice president for foreign and defense policy studies, E. W. Richardson fellow, and director of the Kathryn and Shelby Cullom Davis Institute for International Studies. This article first appeared in the Daily Signal.