After Kim: Why the Mystery Surrounding North Korea is a Very Bad Thing 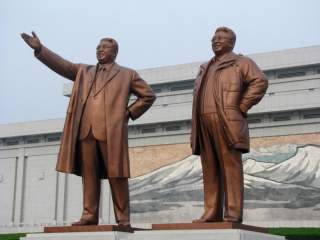 Fifty years ago, Washington insiders were preoccupied with speculation that Nikita Khrushchev was about to be ousted as leader of the Soviet Union.  Opaque to the outside world, the tall walls of the Kremlin denied America’s Sovietologists the ability to make firm predictions about when Khrushchev would go and exactly who would replace him.  Intelligence reports were clear, though, that something was afoot.  The LBJ administration was able to plan accordingly.  When Khrushchev was deposed, it came as little surprise.

Today, talk is rife that North Korea’s Kim Jong-un might be about to undergo the same fate as Khrushchev.  To be sure, experts downplay the likelihood that Kim has been or will be overthrown.   Yet the recent flurry of conjecture about North Korea’s future only highlights the extent to which outsiders do not know what takes place along Pyongyang’s corridors of power.  The level of uncertainty is far beyond even that which characterized U.S.-Soviet relations during the Cold War and makes it almost impossible for the United States, South Korea and others to develop judicious policies for handling the infamously volatile North Korean regime.

Most foreign news reports out of North Korea concur that Kim’s month-long absence from public view is the result of ill health, possibly gout or an obesity-related sickness.  Yet a significant number of dispatches add that there is at least the possibility that Kim has lost political power to a group of North Korean grandees known as the Organization and Guidance Department, a version of events lent some credibility by the testimony of prominent North Korean defector Jang Jin-sung.  It is even being reported that Kim’s sister, Kim Yo-jong, has taken the reins.

The problem is that there is precious little reliable information about what is taking place inside North Korea—a level of uncertainty that breeds guesswork and thus the potential for anxiety and alarm.  By comparison, when the Johnson administration pondered what would happen after Khrushchev’s replacement, there was (perhaps surprisingly) little in the way of apprehension.  It was assumed that whoever replaced Khrushchev would do so according to some semblance of order.  Part of the reason for this ambivalence may well have been that Soviet insiders themselves viewed the impending power transition with resignation.  Khrushchev himself is said to have confided:

“I’m old and tired. Let them cope by themselves.  I’ve done the main thing.  Could anyone have dreamed of telling Stalin that he didn't suit us anymore and suggesting he retire?  Not even a wet spot would have remained where we had been standing.  Now everything is different. The fear is gone, and we can talk as equals.  That’s my contribution.  I won’t put up a fight.”

In the event, Khrushchev’s was proven right to be so cautiously optimistic about the manner in which he would be removed.  Although they acted in secrecy with neither sentimentality nor ceremony, Khrushchev’s detractors—Leonid Brezhnev and Alexei Kosygin chief among them—were at least able to execute their plan with a minimum of disruption.  No blood was spilt.  Life carried on as normal on the streets of Moscow and across the country, and the Soviet Union’s international relations were left unaffected, at least in the immediate term.

Other authoritarian regimes have gone further in routinizing their methods of leadership turnover.  China, for example, changes its national cadre of leaders on a regular basis—currently every ten years—allowing the process to take place with predictability and with the perception of order and deliberateness.  The process apes the formality and stability provided by regularly scheduled elections in China’s democratic counterparts.  Neither the Chinese people nor outside observers need fear the transfer of power from one generation to the next: everybody knows how the process is supposed to work.

Such security and predictability is entirely lacking in North Korea.  The North Korean regime is a paradox: monolithic, unmoving and stubbornly persistant; yet fractured, unsettled and perilously fragile all at the same time.  In truth, it might be unlikely that Kim Jong-un is at risk of losing power.  But the more important and deeply unsettling point is that observers in the west simply cannot predict what will happen if the opposite turns out to be true.  And that is a very bad thing indeed.