After Mar-a-Lago: Can Trump and Xi Make a Deal? 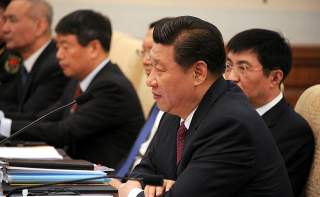 The first summit between President Donald Trump and China’s President Xi Jinping from April 6–7, 2017, was hailed as a critical moment for the U.S.-China relationship. Many predictions were made prior to the summit, but very few were correct in full. Overall, the summit did not produce any significant results, with the U.S. air strike on Syria garnering far more attention, which China could have interpreted as a diplomatic slight. However, the meeting between Trump and Xi, the leaders of the two most powerful countries in the world, told us a few things about the Sino-American relationship and what might be possible.

President Trump was expected to press President Xi hard on the North Korean issue. Even though it was brought up, Trump did not get an assurance that China would use its economic muscle to pressure North Korea into giving up its nuclear weapons. Instead, Beijing reaffirmed its traditional policy of “a denuclearized Korean peninsula” and a desire to increase work with Washington and the international community to further the goals of nuclear nonproliferation, to which the United States agreed.

Failure for the United States to obtain meaningful Chinese action on North Korea was not surprising, since China has its own interests in the country. China will not act in a way to destabilize Pyongyang, which would include using its economic power to essentially cut off North Korea’s food and energy supply.

An unstable North Korea could lead to millions of hungry and impoverished North Koreans flooding across the Yalu River into Chinese territory. Beijing already has enough problems dealing with its concentrated minority population as it is. China will not get itself into a situation that would undermine internal stability.

Furthermore, China will not welcome a unified Korea hosting U.S. troops and allied with the United States. North Korea serves as a buffer between the United States’ Asian allies and China. It would be wise to remember China’s reactions when foreign troops used the Korean Peninsula as a bridge to the Asian continent.

Should Washington truly want Beijing to move on the North Korean nuclear issue, it needs to recognize that China has interests in the region and that a compromise may be the best solution. One option would be a united, but neutral Korea.

In stark contrast from North Korea, Washington and Beijing made progress on trade. President Trump was predicted to push China to reduce its trade imbalance with the United States, which exceeded $347 billion in 2016.

To Secretary of Commerce Wilbur Ross’s surprise, China actually expressed a desire to reduce the U.S.-China trade imbalance as a way to address its effect on China’s “money supply and inflation.” In line with both U.S. and Chinese desires, the two countries agreed to a “hundred-day plan” to deal with trade, which would include figuring out ways to increase U.S. exports to China.

By showing a willingness to act on trade early and attempting to meet President Trump on one of his most important issues, Beijing is showing that, even in areas where national interests may conflict, the United States and China can come together to formulate mutually acceptable policy. This has likely helped set the post-summit positive tone for the U.S.-China relationship.

It should also not be surprising that China would approach the Sino-American trade imbalance in a way that sought to benefit the Chinese economy. This is how U.S. policymakers should continue to address trade and economic issues with China, keeping a focus on how increased U.S. exports to and investment in China will help Beijing achieve its goals of sustainable economic growth and a consumption-based economy.

Out of the various topics discussed during the summit, improving dialogue between Washington and Beijing was the closest thing to an agreement. The United States agreed to China’s proposal to reformulate how U.S.-China dialogue is conducted by creating the U.S.-China Comprehensive Dialogue, which will be overseen by Presidents Trump and Xi. The new format will consist of four sub-dialogues: the Diplomatic and Security Dialogue, the Comprehensive Economic Dialogue, the Law Enforcement and Cybersecurity Dialogue, and the Social and Cultural Issues Dialogue.

Agreeing to restructure how Sino-American diplomacy is conducted shows a desire by both Washington and Beijing to improve ties, keep the channels of communication open to avoid conflict, and pursue the route of stability. The new U.S.-China Comprehensive Dialogue will also allow the United States to better address some of its concerns to China, such as cybersecurity issues, Chinese economic policy toward U.S. businesses, and maritime security in the East and South China Seas. Not to mention, China will have to seriously consider these and other topics brought up in U.S.-China Comprehensive Dialogue institutions, as they were Chinese proposals. Failure of Beijing’s initiated institutions would amount to a loss of face and would be politically damaging for President Xi.

According to President Trump, “progress [was] made” during the summit, and “lots of very potentially bad problems will be going away.” Indeed, some progress was made, but what progress will be made to make the relationship’s “bad problems . . . [go] away”? What will China get for working with the United States on trade, economic issues, and other areas of national interest to the United States? Has the foundation for a “grand bargain” been struck?

Unfortunately, the summit created new questions and left many unanswered. What seems to be the case is that the U.S.-China relationship has reached a level of stability, with Presidents Trump and Xi developing a positive relationship. While perhaps not the most ideal outcome, it is certainly a good thing for U.S., Chinese and world interests.