After the Iran Deal: 5 Big Issues 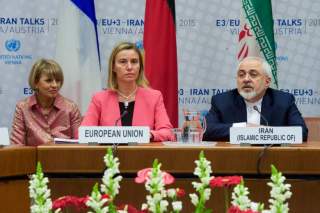 So we have an Iran nuclear agreement. Stepping back from the intricacies of centrifuges numbers and sanctions relief phasing, these are the five big issues to look out for:

1. Implementation of the deal will likely be messier than the negotiations

Expect the United States, its negotiating partners, and Iran to continuing haggling over a nuclear deal’s terms and implementation for months and years to come. Congress must play a crucial role in helping to enforce the deal and to prepare sufficient penalties for violations.

2. Iran is playing the long game on its nuclear program

Even if the deal successfully contains Iran’s nuclear ambitions for the first ten years, Tehran will likely have an industrial-level nuclear program after 2025, as the agreement’s terms expire. Iran likely decided to hold off building a nuclear bomb prior to the current negotiations. Producing only a handful of weapons, North Korea-style, provides limited strategic advantages in coercion and deterring nuclear powers such as Israel or the United States. Tehran may be waiting until it has the capacity to break out Pakistan-style and field a nuclear arsenal. Iran sees temporary restrictions on its program as a reasonable exchange for the financial windfall from sanctions relief.

The White House and the State Department have repeatedly made irresponsible statements about the U.S. intelligence community’s abilities against Iran in order to justify a deal. Despite the enormous efforts and capabilities of our intelligence agencies, the United States can never have “absolute knowledge” about Iran’s past and existing nuclear program, nor can the United States ever be certain that “If Iran cheats, the world will know it.” I fear the U.S. intelligence community is being set up as the scapegoat if the deal collapses in the future.

4. The deal could threaten the ability for the U.S. military’s ability to operate in the Middle East

Most observers are legitimately concerned about Iran using its supposed $150 billion from sanctions relief to expand its destabilizing activities in the Middle East and support for terrorism. A potentially bigger problem is that Iran will use the money to significantly increase its missile, naval, air, air defense, and ground power, especially if the United Nations conventional arms embargo is lifted along with the nuclear sanctions.

The United States and our Gulf Arab allies already struggle to counter the increased threat from Iran’s ballistic and cruise missiles, advanced mines, submarines and unmanned aerial vehicle and swarming armed speedboats in the Persian Gulf. If the Russians and Chinese are allowed (and are willing) to sell their more advanced weapons platforms and precision guidance technologies again, it could be a game changer for America’s ability to operate in the region.

5. Expecting a better Iran after a deal is a probably naïve at best

The administration has hinted at its hope that a deal will help empower those leaders in Tehran who want a more open and cooperative Iran while spurring positive change in the region’s security landscape. Aside from the usually counterproductive results Washington gets when it tries to shape other countries’ domestic politics, it is wishful thinking that this Supreme Leader (and likely future ones) would change Iran’s fundamental anti-US and anti-Israel foreign policy and restrain its proxies, allies and terrorist organizations. Will Iran improve on human rights? On the contrary, more repression at home is likely as Iranian leaders try to block Western political and cultural influences following more economic openness, which threaten the ideology of the regime.

J. Matthew McInnis is a Resident Fellow at the American Enterprise Institute and the former Senior Expert for Iran at the United States Central Command.