After the Nuke and Rocket, a North Korean ‘Charm Offensive’? 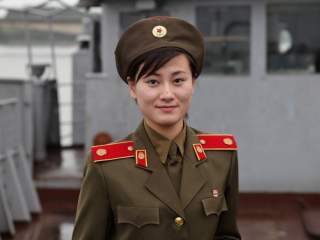 A month and a day after conducting its fourth nuclear test, North Korea launched a multi-stage rocket carrying a 440-pound satellite. The launch of the Taepodong missile defied a United Nations ban, once again placing North Korea in direct defiance of international norms. The UN decried the launch as “deeply deplorable.” Japan’s Prime Minister Abe Shinzo called it “absolutely unacceptable,” and his ambassador to the United Nations, alongside those of the United States and South Korea, deemed it an “outrage.” ROK President Park Geun-Hye called it an “intolerable provocation.”

The launch was widely expected, as North Korea had notified three UN agencies earlier that it would occur in the imminent future. The shock comes in the evident technological advances so soon after the nuclear test and the North’s direct affront to its main ally, China, which sent an emissary to dissuade Pyongyang’s leadership just days prior. The launch due south also raised concern as the rocket passed over Okinawa and discarded a stage near the Philippines.

That the rocket payload, twice the weight of its 2012 predecessor, was put into orbit with “complete success” signals that the North Koreans are making critical technological advances. It may take time to perfect reentry technology, part of what defines a successful intercontinental ballistic missile, guidance systems or warhead miniaturization, but North Korea clearly is on course—and that is worrying to an international community expressing opposition but divided by a China that registers “regret” and “concern,” but urges simply measured negotiation. China’s leaders may be out of step with China’s population, however: The New York Times noted a Weibo social media poll showing two-thirds of Chinese users supportive of a U.S. strike on the North's nuclear sites.

China’s leaders bear the cost of the nuclear and missile tests in other ways as well. Not only was Pyongyang’s petulance a slap in the face to Beijing’s emissary, but the most significant result of the launch was to drive South Korea toward the U.S. Terminal High Altitude Area Defense (THAAD) system. As THAAD gains popularity with South Korea (and other Asian allies), China-U.S. relations will be sorely tested, as China (along with Russia) fears the system’s check against its own capabilities. Tensions are already high given events in the South China Sea, and North Korea’s launch raises those tensions higher.

In the near-term, it appears that China will not comply with the stricter sanctions called for by others on the UN Security Council and in Washington, Seoul, Tokyo and even Moscow. Chinese President Xi Jinping, who is consolidating his leadership and dealing with economic concerns, seems to have calculated that accommodating North Korea and seeking to maintain stability on the Korean Peninsula is better than instability, a potential humanitarian crisis on its borders in the event of tumult in North Korea, and the loss of a strategic buffer. China is in no mood to listen further to the United States given the South China Sea discord—a fact made clear in the Sino-U.S. diplomatic dance that followed the January 6 missile test.

All this leaves the international community decrying the test and February 7 launch, yet limited in its efforts to reign in a provocative Pyongyang. Upcoming U.S.-South Korea Key Resolve military maneuvers will see a spike in rhetoric that may rival or surpass that between North Korea and the U.S. and its allies in the spring of 2013. North Korean leader Kim Jong-un will continue to want to display toughness in advance of his May party congress, the first since 1980.

One might hope that afterward, North Korea will initiate another diplomatic ‘charm offensive,’ as it has regularly after spiking tensions over the years. What the young leader may have failed to calculate, however, is the deepening doubt in Beijing of his capabilities relative to his disruptions, his public shaming of China's leadership and his driving of Seoul—with which Beijing had seriously boosted its ties—back firmly toward Washington. Meanwhile the global nonproliferation regime stands tattered and in need of heavy reinforcement.

Stephen Noerper is senior director for policy at The Korea Society and an adjunct fellow with the Pacific Forum CSIS, where this article first appeared.