After the Panic, Patience: The Paris Investigation Has to Run Its Course 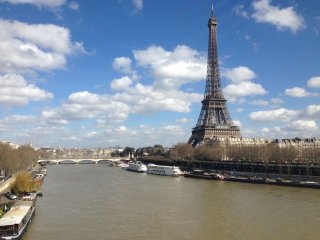 There has been an understandable rush to make sense of Friday’s tragic events in Paris. But in our search to place the attack in a familiar context, there is a danger that we do so using inaccurate or unsubstantiated information.

It is in this context that we should interpret ‘off-the-record’ statements and leaks from French and international authorities. Despite the desire for immediate answers, this will be a complex and lengthy investigation.

There are some things we know for certain. ISIS priorities have changed. Or perhaps more accurately, ISIS has reprioritized its resources to include a focus on attacks against Western targets.

As many have noted, this type of attack — coordinated, complex and mass casualty — is the opposite to the type of attack most believed the West was facing.

The first thing to point out is there a difference between specific, actionable threat intelligence, and intelligence indicating intent. Yes, ISIS rhetoric pointed towards attacks in the West. And ISIS clearly had the capability and manpower to attempt these type of attacks. But without specific intelligence, the threat remains latent.

So does the attack constitute an intelligence failure? In the most general sense, yes. France and her partner intelligence agencies, including in the UK and U.S., are specifically looking for this type of intelligence. Internally, they will all regard their inability to prevent the attack as a failure.

The key question is why. There are a number of scenarios. Authorities may have been looking in the right place but unable to access the intelligence they needed, perhaps due to use of encrypted communications or lack of human source access. Equally, they may not have been looking at the group of attackers at all (‘known to authorities’ is a very vague term). Perhaps key pieces of intelligence were collected but not shared with those who needed them. Some or all of these factors could have been in play

The reality is, we don’t know yet. Discussing the impact of the Snowden leaks, or the ineffectiveness of mass surveillance is speculative at best. Until the nature of the failure is known, we shouldn’t suggest a solution.

Common-sense suggests that an increased threat might necessitate increased resources and staffing, as the UK has already announced. But money and resources are not a panacea. After all, France created 2,000 new posts in the aftermath of the Charlie Hebdo attacks in January. As with any business, additional people and resources take time to make an impact. The challenges of IT, desks, parking spaces, and up-skilling new staff are the same in intelligence agencies as in any other business. In the short-term, more staff can reduce capability.

Identifying what this means in an Australian counter-terrorism context will also take time. The change in threat posed by ISIS may require yet more resources for the intelligence and importantly, border protection agencies. But as with the Parramatta shooting, we should first wait.

We need more information about who planned and directed the attack, the travel routes used by the attackers, what counter-intelligence techniques (if any) were used to evade the authorities, and how they sourced weapons and explosives.

And any response should also recognize the clear differences between Australia and Europe, particularly in availability of weaponry and ease of international travel. ISIS is strategic but also opportunistic. Would it be a smart use of its rapidly reducing resources to target Australia when there are softer, more readily available targets?

So it is right that we re-assess our ability to counter the threat of ISIS in light of the Paris attacks. And ensure that law enforcement and emergency services are prepared for such an attack. But unless there is a very real, short-term public safety issue, these terrible events should not prompt a wholesale change in our approach, until the evidence demands it.