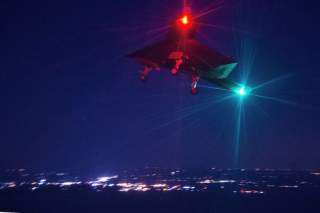 In a recent piece for Foreign Policy, Col. Scott Gerber once again demonstrates the widely held misconceptions surrounding Washington’s favorite defense punching bag: AirSea Battle (ASB). Col. Gerber repeats many long-held, factually inaccurate assumptions around ASB. He is not the first to make such points, and likely will not be the last. However, such a line of argument only damages the ability of the defense and security-studies community to debate important issues of military strategy and realistically confront the challenges posed by the rapid rise of anti-access/area-denial technologies (A2/AD) in a highly challenging budgetary environment.

First, let’s put to bed once and for all the talk of ASB as being some sort of strategy. To anyone who has followed the literature on the subject, it should be quite clear that ASB has no intentions of being a strategy. ASB has been defined multiple times and in various settings as an operational concept with limited objectives. An operational concept as defined by one scholar "is used to refer to the application of military power within a certain framework, regardless of the objective to be accomplished.” Clearly, ASB is not a global strategy for combating every conceivable challenge the U.S. military will face in the future. To make such an assumption is ill-conceived and quite dangerous. Could ASB form a battleplan or become part of a wider strategy even in combination with other contenders that ASB is constantly compared to—like offshore control? Absolutely. But to take ASB and give it the title of “strategy,” while flattering, is flat-out false.

So why does this well-worn narrative keep getting respun?

The simplest explanation could be the title itself. Great marketing and catch phrases create great expectations. Anytime you include the word “battle” in some sort of military jargon, scholars and pundits begin to make certain assumptions and the danger of overhyped analysis is always a strong possibility. Adding to this problem is the danger that repeating faulty assumptions over and over allows them to take on a life of their own thanks to social media, the blogosphere, and a relentless twenty-four-hour news cycle always in need of fresh blood, and hence to become tomorrow's fact. So while the true intent of ASB is there for all to see, its meaning is getting lost in all the noise. Scholars who are invested in this issue are robbed of a more meaningful discussion surrounding the operational concept—stuck in a straw-man debate that holds no utility for anyone.

And though only a few years old, the ghosts of early ASB concepts already haunt us. Back in 2010, the Center for Strategic and Budgetary Assessments debuted its own report on ASB. Many of the report’s ideas concerning supposed attacks on mainland China and deep-strike options have been overanalysed at nauseum. While the report, important as it was and still is, was not a government-sanctioned policy document. Three years on, ASB has evolved considerably. Reports like the Joint Operational Access Concept, various pronouncements from senior U.S. military officials, as well reports from the ASB office itself, we know once and for the extent of ASB, and it is clearly not a strategy.

In fact, for those who are looking for an exact definition of ASB, we have one we can point to. On October 10, I attended an open meeting of the House Armed Services Committee’s Seapower and Projection Forces Subcommittee. There, Rear Adm. James G. Foggo put to bed once again any false impressions concerning ASB:

The Air-Sea Battle Concept, approved by the secretary of Defense in 2011, is designed to assure access to parts of the “global commons” – those areas of the air, sea, cyberspace and space that no one “owns,” but which we all depend on – such as the sea lines of communication. Our adversaries’ anti-access/area denial strategies employ a range of military capabilities that impede the free use of these ungoverned spaces. These military capabilities include new generations of cruise, ballistic, air-to-air, and surface-to-air missiles with improved range, accuracy, and lethality are being produced and proliferated. Quiet modern submarines and stealthy fighter aircraft are being procured by many nations, while naval mines are being equipped with mobility, discrimination and autonomy. Both space and cyberspace are becoming increasingly important and contested. Accordingly the Air-Sea Battle Concept is intended to defeat such threats to access, and provide options to national leaders and military commanders, to enable follow-on operations, which could include military activities, as well as humanitarian assistance and disaster response. In short, it is a new approach to warfare.

The Air-Sea Battle Concept is also about force development in the face of rising technological challenges. We seek to build, at the service level, a “pre-integrated” joint force which empowers U.S. combatant commanders – along with allies and partners – to engage in ways that are cooperative and networked across multiple domains: land, maritime, air, space and cyber. And our goal includes continually refining and institutionalizing these practices. When implemented, the Air-Sea Battle Concept will create and codify synergies within and among the services that will enhance our collective warfighting capability and effectiveness.

Clearly, ASB is all about ensuring access to the global commons in areas where nations would deny U.S. forces access. What ASB does not seek to do is develop warfighting strategies for any and all situations. How could a limited operational concept do such a thing? This is where the difference between an operational concept and a strategy stand in direct contrast to one another.

So then if ASB is not a strategy, not some global warfighting doctrine for any and all scenarios, does ASB at least seek to massively constrain the role for our nations’ land forces as Col. Gerber seems to suggest? No. However, to be fair, the threats the United States faces are changing. With the rise of states developing A2/AD technologies, like in the cases of China and Iran, America has rightly begun a shift in focus to the threats and challenges of the future. Does this mean U.S. forces will never find themselves conducting land operations in some capacity in the near future? Certainly not. What it does mean is that just like after 9/11, U.S. forces surged towards capabilities for the times and in the areas where challenges presented themselves. In the current geostrategic environment a new surge of capabilities is needed to address the threats of the present—meaning a focus on defeating A2/AD battle networks. Not shifting focus towards the needs of the present ensures we will lose the wars of the future.

Indeed, when it comes to the topic of A2/AD, Chinese capabilities and American options for dealing with such challenges, Col. Gerber has some interesting ideas:

Something else should frighten us about easy war: The dated strategy relies on dated platforms whose time is passing, namely aircraft carriers and manned strike aircraft. These weapons are not an effective response to the Chinese anti-access threat that is driving current strategic thinking. Current open-source literature discusses how the Chinese are developing a complex, interconnected defensive web. Air-Sea Battle is intended to penetrate those defenses by using a carrier strike group, which represents unstoppable power almost anywhere in the world -- except within 1,500 kilometers of the Chinese coast, where over 500 cruise missiles and 2,000 aircraft protect the mainland.

Review the math. The Chinese DF-21D anti-ship missile can reach targets over a thousand miles away, while the troubled F-35 only has a 670-mile combat radius. The approach offered by Air-Sea Battle just reprises a failed idea from the past that makes no more sense today.

While I do agree with the Colonel that China is developing a complex A2/AD network, ASB does not intend to use only carriers or some narrow version of airpower to defeat such networks. ASB, as described in Foreign Policy’s own pages by Chief of Naval Operations Admiral Jonathan Greenert and Air Force Chief of Staff General Mark Welsh is all about further integrating U.S. armed forces and waging combat across multiple domains to lessen the effectiveness of A2/AD. As Greenert and Welsh noted, “we will defeat missiles with electronic warfare, disrupt surveillance systems with electromagnetic or cyberattacks, and defeat air threats with submarines. This is ‘networked, integrated attack’ and it will require a force that is designed for -- and that regularly practices -- these kinds of operations.” There is no overreliance on battle in one domain, one military asset, or one type of warfare in current U.S. strategic thinking. U.S. forces would engage A2/AD networks across multiple domains. Chinese and Iranian A2/AD networks are developing abilities in an attempt to keep U.S. forces out of a potential combat zone. Fighting on our own terms across multiple domains allows U.S. forces to regain the advantage and not fight on someone else’s terms. As Gerber notes “the enemy gets a vote.” So do we.

Could it be that Col. Gerber is invoking dated assumptions on ASB as a defense of an Army that fears cuts in funding in an era of sequestration? As he explains, “History tells us that land wars simply can't be wished away” and that: