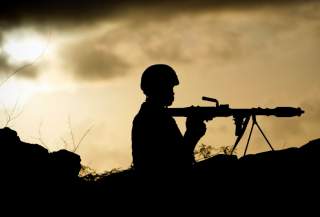 In the past five years, the Somali jihadist group al-Shabaab has lost most of its senior leadership, surrendered its control of southern Somalia, and seen its cash flow shrink. The group has certainly seen better times. But as the success of recent attacks in Kenya and Mogadishu indicate, the group is regaining some of its previous stature but as a fundamentally different group. Al-Shabaab is now more decentralized and has a larger geographic focus. Given regional dynamics, an inept Kenyan security response, refugee flows from Yemen, and a diminished United States presence, this new embodiment of al-Shabaab is becoming increasingly difficult to counter.

Internal shifts began in 2013. Infighting among various factions coupled with a series of catastrophic military defeats at the hands of international forces caused the group to change its structure and priorities. Al-Shabaab evolved from an organization with clear leadership to a more decentralized, diffuse organization, in part thanks to a degradation of core leadership due to U.S. drone strikes. With the shift in leadership, the organization’s goals became more ambiguous. Instead of seeking to rule Somalia, it is principally seeking to spoil the political process in Somalia and disrupt governance in East Africa. The emergent version of al-Shabaab no longer engages in traditional warfare, instead it focuses on asymmetric warfare, showing willingness to conduct audacious and horrific attacks. As it loses ground in Somalia, it has started to look to targets in Kenya, and even Tanzania. Despite the fact that al-Shabaab’s reorganization was largely reactive and unplanned, it has positioned the group well to effectively disrupt Somali politics.

Beyond the structural changes of the group, Kenyan domestic policies have helped al-Shabaab. Anemic responses to the West Gate Mall and Garissa University attacks by the authorities vividly illustrate how inept Kenya has been at responding to al-Shabaab’s updated tactics. More importantly, however, the Kenyan domestic security reaction has been counterproductive. In the wake of recent attacks, the Kenyan government announced that it plans to forcibly displace several hundred thousand Somali refugees from northern Kenya by closing the Dadaab refugee camp. They also plan to erect an Israeli style wall on the Kenya-Somalia boarder. Provocative policies like these will likely exacerbate tensions between the government and the two million ethnic Somalis living in Kenya. Al-Shabaab will, as it always has, take advantage of such a golden recruitment opportunity.

The broader global context is also benefiting al-Shabaab’s cause. News on the self-proclaimed Islamic State and Boko Haram has dominated media headlines and captured the world’s focus. This not only gives al-Shabaab breathing room to continue its resurgence, but it incentivizes al-Shabaab to conduct more shocking attacks to compete with these groups for foreign recruits and airtime. Refugees fleeing renewed conflict in Yemen may also provide a boost to al-Shabaab. The influx could destabilize Somalia, potentially allowing al-Shabaab to return to previous strongholds. In a worst-case scenario, al-Shabaab could have a fresh population to terrorize and recruit.

Perhaps most worryingly, the United States has probably lost the willingness to alter events in the Horn of Africa. The Islamic State and Boko Haram pose a greater geopolitical threat compared to al-Shabaab which operates in East Africa, an area where the United States has fewer vital interests. Even comparatively low cost countermeasures, such as drone strikes, will become less useful as the group becomes more decentralized, diffuse, and covers a wider geographic area.

Al-Shabaab will continue its current pattern of attacks, likely undeterred by the United States. Coupled with Kenya’s inability to deter the group and a favorable global context, al-Shabaab looks like a more dangerous threat than even at the height of its power.

This piece was first posted on CFR's blog Africa in Transition here.